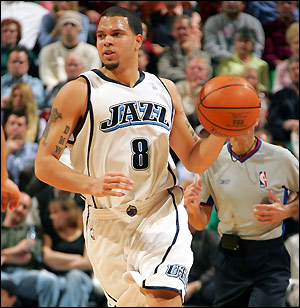 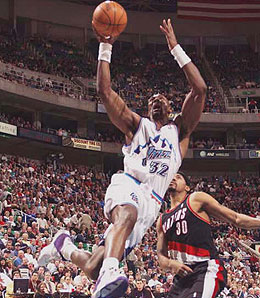 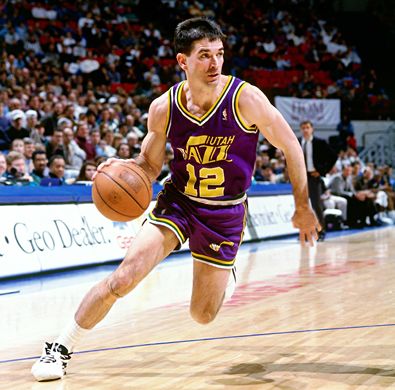 I decided to open this up to a poll today. This could probably be its own post. Maybe that will come later (UPDATE: It turned into a post).

But in my questions to the guys over at Rip City Project, I asked, would you rather have Deron & Karl or Stockton & Boozer (that obviously doesn't have the same ring to it).

I figured we hear the comparisons between the duos enough, but I've never heardof anyone comparing them if their respective counterparts were swapped.

As for me, I'm inclined to lean towards Williams & Malone. I have a few reasons for that. One, I like the toughness of Williams and Boozer. Stockton didn't back down to anyone either, but I think Williams would have an edge here. He doesn't have the crafty veteran moves yet though. And Malone v. Boozer isn't a question in this category.

For offense, I think they're pretty close. Stockton could score if he wanted to. We know what Williams could do there. Malone has the second most points of all time. Boozer isn't a slack himself. And if he were in the role Karl was, he could have put up close to similar numbers. But overall I'm giving the edge to Williams & Malone.

Defensively, Stockton wins over Williams hands down. But Malone beats Boozer soundly. Williams is a solid defender, which is more than what you can say for Boozer. This round goes to Williams and Boozer as well.

The only other category I thought of where you can compare them is drive and clutch. Stockton and Williams have it. Malone has the drive, but had some very un-clutch moments. And so far, Boozer has as well. So we'll call this one a push.

Overall, I would go with Williams and Boozer. For whatever advantage has over Williams, Boozer can't make up that difference over Malone.