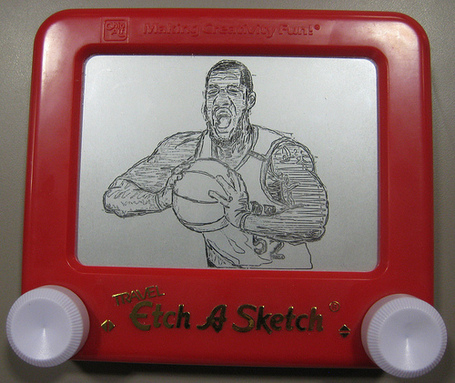 We're finally at the last game of the pre-season. Those that have KJZZ will get to see Oden's debut against the Jazz. We'll see how Memo, Collins, and maybe even Fess and Kosta can handle the big man. We're going to be seeing a lot of him over the years, so get used to it.

Don't count out Deron for the opener yet. If you didn't read the thread, apparently Deron went home last night without his boot or air boot on. He was testing it out. So we could only see Deron miss the opener against Denver. Although it would be great to see, I think I echo every Jazz fan's sentiment when I say that I don't want him coming back just to show that we can. We can handle the Nuggets and Clippers. We can't handle any more missed time with Deron out. But if anyone is to do it, it would be Deron. Maybe he read the GM list about the toughest in the league and got pissed.

Expect some fans from BlazersEdge tonight. They're always cordial.