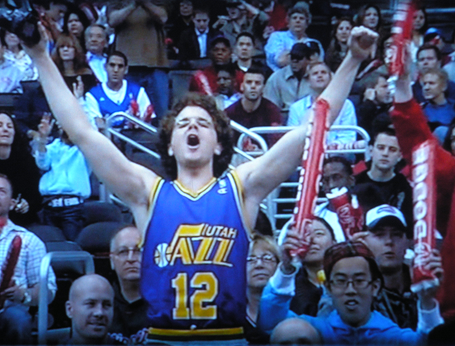 Nobody seems to know what "it" is. If you asked someone to describe "it", they couldn't. But everyone knows "it" when you see it.

If you've watched the first few games of the year, you can see that the Jazz seem to have "it". Last night's game against the Clippers was an easy trap game. Even Deron Williams stated that it was a game that could have been a let down.

Instead, the Jazz pulled away again in the second half to pound the Clippers, 89-73.

The game was ugly from the start offensively. Players say that when they're hot, the basket is as wide as an ocean. Last night the basket was a drip from Kaman's sweaty back.

Enter Paul Millsap. He came in for his regular rotation spot in the third to spell Boozer. He wouldn't sit the rest of the game. Mansap exploded. 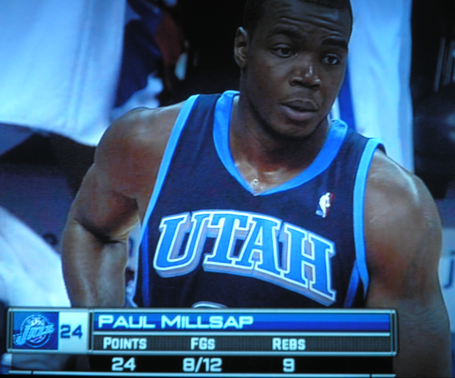 In what has to be his best game to date, Millsap scores 24 & 8 in his 32 minutes. Don't let the line fool you. "That's no more than Boozer gives every night" you might say. True. But he took over the game in they way that few can. He scored pretty much at will and got to every put-back. His efforts even kept Boozer on the bench. Carlos wasn't having a bad night. He had 13 on 6/10 shooting and 8 boards. Millsap was just that hot. Sloan (someone who very rarely disrupts his regular rotations even if someone is on) had no choice but to leave him in. 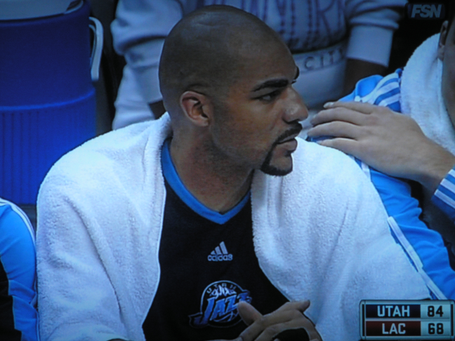 The best part of the whole thing was that with each Millsap score, the Jazz bench would get louder and louder. When Paul finished off the night with a two-handed dunk over Kaman (can we have him please?), I thought they were going to get a T. I don't know if I've ever seen a Jazz team that's been this close. Even Brevin Knight seems to fit in despite being a lot older than most of them and having been here just a few short weeks. Maybe there is something to that chemistry thing. The Jazz are now 41-12 in the regular season since the Kyle Korver trade. 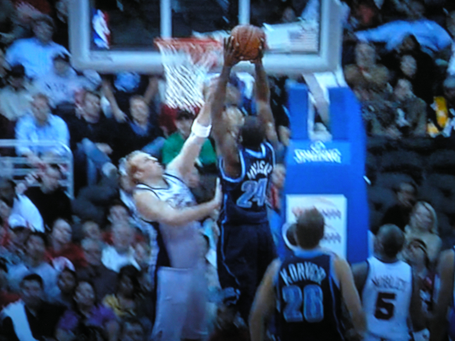 Millsap's been due to break out. The contract year doesn't hurt either. I still think he's not ready to be a starter. I'd like to see more consistency. His fouls have been down though. And his early FG% is up. It's still early, but this could be the year of the Sap.

One of the other biggest things I saw last night and seems to be different this year is Boozer's mentality. He took it right at defenders last night instead of trying to contort his body around them to avoid contact. And he's been impressive so far on the other end. It's all just one more thing that leads me to believe that the "it" factor that Deron Williams has is rubbing off on everyone else.

If I had to guess, Deron won't play against Portland. While he stated that things are getting better every day, he still seems a few days out. He said that at the shootaround was the first time he hadn't been in extreme pain. He described it to Boler as a sunburn type pain on his foot. 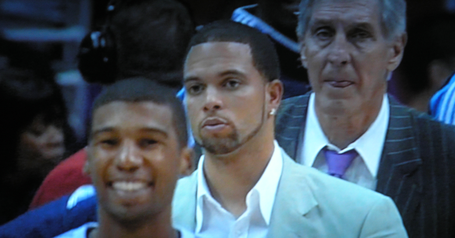 With the way the team is playing now, Deron's return has me absolutely giddy. 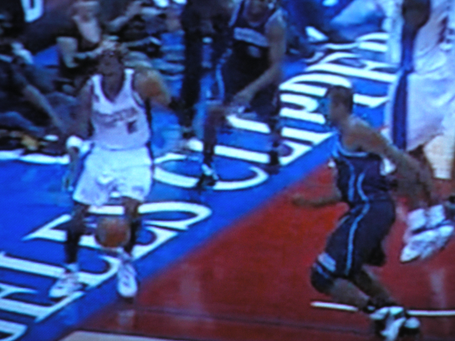