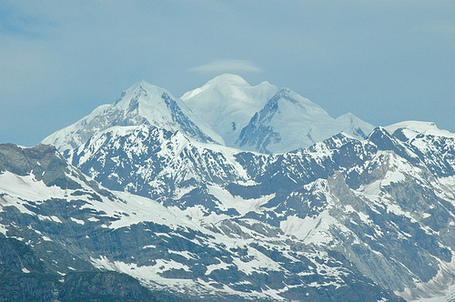 After turning off a game during the 2007 playoffs against the Rockets where the Jazz were behind, only to have them come back and win the game, I swore I'd never turn off another game and miss a finish like that. I'd watch to the bitter end if they were losing. But I turned off the Minnesota game.

I couldn't watch them implode against a four-win team on the road again. They were playing craptastic basketball. Deron had just pushed Kevin Ollie to the ground after Ollie had been whistled for abusing Deron. They were done; especially if Deron was frustrated. So I turned it off.

I went upstairs to help my wife with some things on the computer. Of course, I checked to see how much they had lost by. And what did I see? Korver had just hit a three and put the Jazz up by 1. What the hell? And now the TV was recording another program and I couldn't turn it. I felt like had I turned it back on, I would have been pretty much the biggest fairweather fan there is. So I "watched" on GameCast as the Jazz finished off the comeback with a Memo running jumper. Served me right.

So for those that stayed with it, you're true Jazz fans. I loved reading the comments in the game thread later (PC was tied up by aforementioned better half). It goes from WTF to WTFJH (...just happened?):

ARe we trying to lose? pointshaving? - MTN

this team keeps finding new and interesting ways to make me hate myself. - Shums

The pessimist in me is conceding defeat.
The optimist in me... has never existed. - UtesFan89

I am not even sure if I should be happy about this win. - clarkpojo

Wouldn't anyone who inflicted this type of emotional distress be charged with some kind of crime? You'd at least be able to sue them. You seriously almost have to see a therapist.

That was the dirtiest W the Jazz have got in a while. Thankfully, there aren't polls that affect standings. And because of the other Turk in the league, Portland lost that same night.

Speaking of which, in come the Blazers of Portland tonight. Despited their last-second loss, they've played really well as of late. They also sport a decent 8-7 road record.

They were a dismal 8-12 this time last year before they came here and beat us  and then beat us again a few days later . That was their great 13 in a row run and our crappiest month of the season. We did end their run later that month after KK arrived. Let's hope we don't have to make another trade to get similar results.

With a win, we'd pull even with the TBs. We'll have to do it without Boozer. He's been a beast against them.

We've beat them already this year . Millsap will fill in though and put up Boozer-like numbers against Portland. I'm worried about their guards going off again. We didn't have Deron last time, so that should help. Hopefully he can keep them in front of him. His ankle has prevented him from playing great D so far. The healing is gradual and it's frustrating because you expect much more. But if you compare his first game back to tonight, I think you'll see a big difference.

I predict a lot of dunks and layups tonight as Deron finds Brewer, AK, and Millsap all night long under the hoop.

And not matter what happens, I won't turn the game off.