Utah gets some street cred?

Share All sharing options for: Utah gets some street cred?

We finally have some balance to the Collin Raye Jazz theme song. The Utah Jazz fan contest to write a new theme song for the Jazz has a winner: 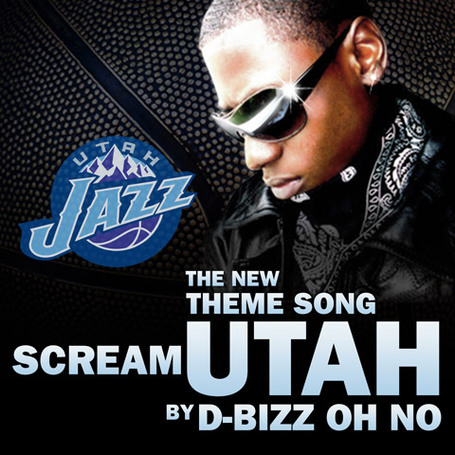 It's a big step up from the Raye debacle, it kind of puts balance back in the universe. I dig it a lot. It's definitely an arena jam that will get the crowd pumped.

The players that are mentioned in it are D-Will, AK, and Korver. Sloan, Stockton, and Malone also get a mention. No Carlos? Hmmm.

It still think $5K is low for a theme song that will be played a million times. He'll have to re-record it as well if the players ever change and to update with the new seasons.

The song was suppose to debut originally on 1/7, but for some reason got pushed back. So we'll hear it tomorrow night.