WE HAVE TO GO BACK! 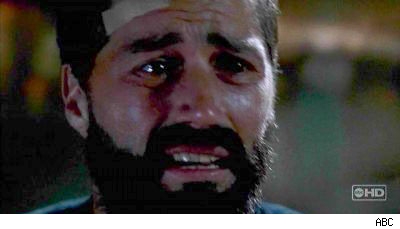 The only TV show that I watch on a consistent basis (other than Jazz games) is Lost. So the 9-month break between seasons is kind of agonizing. So I'll be DVRing it while I watch the Jazz (there's commitment). If you're catching up on LOST, then I apologize for the semi-spoiler at the top.

The Jazz have to return to Houston tonight to take care of their own business. In last month's game, the Jazz were one Fess or Brewer FT from stealing a win.

Tonight the Jazz will be without Boozer of course but AK joins him on the sidelines and will until his drugs kick in.

The Rockets were kind enough to sit McGrady and Crazy Pills. I'm glad Artest is out. It seems as if he always kills the Jazz. I can live with just Yao and the role players tonight.

But we'll have 12 fouls to give against Yao in the form of Memo, Collins, and the Kouf.

Look out for the Argentine Millsap and Battier.

Game plan for tonight. One jumper to every 10 shots in the paint. I just threw that number out there. Is that even realistic?

With Yao having to chase Memo around all night, the Jazz should do well on the inside.

I think all of the matchups cancel each other out except for the PG position. So Deron should have a big game and keep the Jazz in this one. I actually feel pretty good about this one despite it being on the road.