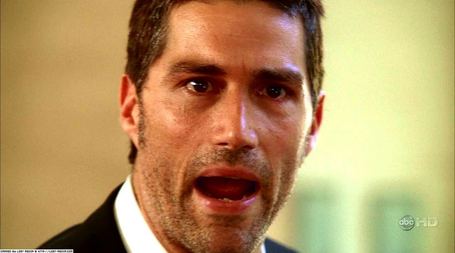 Continuing with the LOST theme, let's hope that's our last trip to Houston for a long time. Side note: Don't try to write a recap while watching LOST. One, you can't watch LOST passively. I had to rewind a bunch of times. Second, you can't concentrate on anything else while watching LOST. You have to devote 100% of your brain power just to process what's going on.

This game was a battle of the starters. The Rockets got 84 (divide that by two and you get 42) of their 108 (77%, 108 is also significant on LOST) points from the starting five. The Jazz got even less from their bench. The backups accounted for only 8 (another LOST number) of the 99 points (8%, again).

Other LOST numbers: Kosta had 4 points, Miles & Okur had 8, Millsap & Wafer both had 15 shot attempts, the Rockets have 16 losses, Brewer & Alston had 23 points, the Jazz scored 23 in the second quarter. So this game was doomed from the start.

The whole team started out slow and that was pretty much the cause for the loss. They shot just 16-44 in the first half for 36%. They were able to close the gap to 4 and 6 a couple of times, but the barrage of threes by the Rockets killed any runs. Houston shot a better percentage from behind the arc than the Jazz did with all of their shots (45.8% to 44.2).

The loss overshadowed some great individual games by the Jazz. Deron had probably his best game of the year with 32 & 11 and only one turnover. Ronnie B had 23 on 9-14 shooting. The most impressive stat was that he was 3-3 from downtown. Those 3 are a career high. And Millsap finished with 20 & 12 on 9-15 from the floor.

Von Wafer led the charge for the Rockets scoring 12 in the first quarter to help give them a 12 point lead. He cooled off a bit after that but hit a late three helped do in the Jazz. To close out the game, he got a loose ball with about 14 seconds left on the clock. Instead of just crossing mid-court and running out the clock, he went for an uncontested showtime dunk. He wasn't trying to show up the Jazz, but it showed a lack of sportsmanship. Maybe they can play that clip when the Rockets come to the ESA.

And the thing that carried the Jazz the past couple of games, free throws, helped do them in on this one. They missed 9 of 28 while the Rockets made 27 of their 28 attempts. There's the ballgame.

The good news is that Dallas and Portland both lost tonight so the Jazz stay in 7th for now.

We'll have to wait until March to get revenge when they come to the SLC twice. We could have Boozer back by then and maybe have everyone healed of their injuries. Maybe we'll know what the hell is going on on LOST by then too.