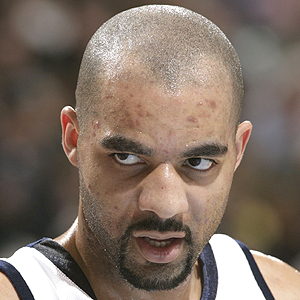 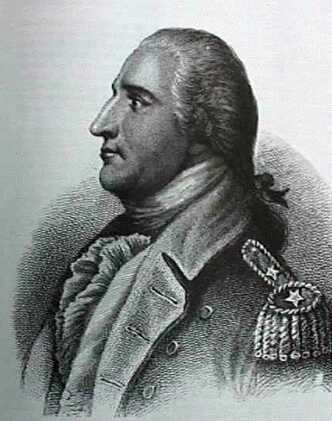 Carlos Boozer and Benedict Arnold have very little in common.

[Note by clarkpojo, 01/03/09 10:36 PM PST :  I didn't notice that Sherbs had written a similar article about Boozer almost two weeks ago.  I apologize, because it was a good post.  Read it here.

Can I make a suggestion?  Stop with the hatred for Carlos Boozer.  I don't care how you feel about him, but if you only harbor ill will towards him, keep those feelings to yourself.  Whether you like it or not, Carlos Boozer plays for the Jazz and he most likely will for the remainder of the season.  And what good does it do to hate him and boo him and write mean things about him other than make you feel better about yourself?  I am not a Carlos Boozer fan.  I am an avid Jazz fan.  I think Boozer is very talented and that he is a below average defender and needs to improve in this aspect of his game if he is going to be great.  And in his defense, he showed some defensive improvements in his game before he was injured.  But in hopes of building some team and fan unity and decreasing the negativity in an increasingly pessimistic world, I want to dispell a few myths to clean some people's distaste for Booze.

Myth #1: Boozer is faking the severity of his injury and is trying to miss games.

I have defended Boozer on his injury before. Lots of Jazz fans seem to be of the opinion that Boozer should either play through the pain or that he is getting a 3rd MRI so that he can find someone who will validate his decision to sit out. That’s ridiculous. Team doctor Lyle Mason also concurred that this surgery is necessary. The team is fully aware of his condition and the level of pain is the only thing that Boozer could lie about. Kevin O' Connor said on Locked on Sports that he has seen how swollen Carlos' knee gets after exercising and that isn't normal.  Boozer isn’t just dogging it or pretending the knee is worse off than it is. It is disappointing but a player wouldn’t get away this long just for sitting out because they wanted to. His knee just isn’t healing like it should have by now.  And from Boozer's latest comments to reporters, we can infer that he was seeking a 3rd MRI in hopes of avoiding surgery, rather than seeking surgery as many Jazz fans believed.

Myth #2: The Jazz are fine without Boozer.

We can all agree on one thing.  Paul Millsap is an absolute beast/stud/warrior/whatever positive thing you want to call him.  Saying the Jazz aren't as good without Boozer isn't a knock on Millsap in any way.  It is a knock on our team's depth without Boozer.  With a healthy team we have Boozer and Millsap at the power forward.  Without Boozer, we have Andrei Kirilenko and Kosta Koufos as backups.  And if AK is playing backup power forward, then we are very thin at small forward, relying more on Matt Harpring and CJ Miles.  With Boozer we are title contenders or at least a top 4 team in the West.  Without Boozer we are contenders for the playoffs.  Even if you think Millsap is as good or better than Boozer, the Jazz would have to replace Boozer with someone as good as Millsap in order to avoid having a worse team.

Myth #3: Boozer cost us the series against the Lakers last season.

This myth is difficult for me to debunk because I thought Boozer had a poor series against LA last season.  Furthermore, if he had played even an average game in any of games 1, 2, or 5 last season, we probably win that series.  And I don't feel bad for pointing him out because I think Boozer would be the first to admit the same.  But as poorly as Carlos Boozer played against the Lakers and Rockets last year, he played that well against the Rockets the year before against a similar;y tough defense.  So we know it isn't a habit.  You can have a bad series or two and still be a fantastic and clutch performer.  And my more important point is this.  We Jazz fans always find scapegoats for why we didn't win a championship.  In '97 it was Malone's inability to hit free throws.  In '98 it was the ref's missed call on Jordan's pushoff of Bryon Russell.  Last season Boozer became the scapegoat in many Jazz fan's eyes and it's been downhill for his reputation since.  Consider this.  Sometimes the Jazz just lose to the better team.  (I don't include the '98 bulls in this explanation because I still believe we were the better team that year and that we had a mini collapse 8 minutes from a 3-1 lead.)  But the Lakers were probably just better than we were last year, plain and simple.  Boozer didn't play well, but it wasn't his fault that we lost that series.

Myth #4:  Boozer is a snake and disloyal to the Utah Jazz.

Don't confuse Boozer's decision to opt out as a sign that he doesn't like playing in Utah or doesn't like the Jazz organization.  Remember that he has said a couple of times that he wanted the Jazz to draft him originally.  In these economically hard times it is difficult to hear Boozer make comments about his guaranteed raise and not feel some sadness or envy.  But Boozer has the option to seek a better contract after this season if he wants to.  His decision to opt out will only confirm what we knew all along: the fact that Boozer loves money: That is just like 99% of Americans and 100% of NBA players.  He admittedly made a mistake by announcing his intentions 30 games into the season.  That was dumb.  But let's move on.  While I would personally take a pay cut to play or live in a place that I preferred, Boozer obviously will follow the money and try to find a place that his family wants to live.  You can't fault him for that.  I know it is difficult for Jazz fans to believe, but there are other good teams to play for and other neat places in the country to live.  Until we have evidence that Boozer isn't giving his best to help the Jazz win games, you can't call him disloyal.

So in closing, let me paint a little scenario.  For all you fans who have publicly booed Boozer, how would you feel if he returned to the Jazz in March/ April and helped the team to a deep run in the playoffs and a world championship?  Wouldn't you feel a little sheepish for biting the hand that fed your championship hunger? If not, then at least imagine the fact that Boozer will probably play better if he is supported by his home state fans instead of heckled by them.  And if he plays better, then the team will be better.  So, if for no other reason than to help the Jazz win, please, stop booing Carlos Boozer.