Now that the US holidays are over and the college football season is Utah has come to to a satisfying end, we can turn our attention to the Jazz and the NBA.

It's a good thing that the Utes provided the sports entertainment for Friday because it was a disappointing game for the Jazz. Unfortunately, my prediction rang true,

If the Jazz don't get blown out early, they should make a game of this

The Jazz couldn't shoot in the first quarter and got behind early and trailed 37-20 after one. They were able to get it back to within three in the second half, but a number of mistakes cost them any chance of overtaking LA.

I'll promise to make this the last statement about "if the playoffs started today" until at least the end of April. Stating anything about the playoffs now is dumb because so much can and will change between now and then. But one thing that we do know is that one qualified team will be left out of the WC playoffs. On a side note, I thought that the EC had started evening back up this year. But they still have just 6 contender teams and it looks like at least one, maybe two sub .500 teams will make the playoffs. The 12-22 Bobcats are just 3 1/2 games out of a playoff spot. Even the 7-win Wizards aren't out of it and if Hibachi ever comes back, could make a push.

If Booze comes back in February or even March, I think the Jazz make it just fine. But should the worst happen and they're sans Booze, the Jazz will need to start winning the games that they're suppose to win, starting tonight. That means winning the next four at home against GS, NO, Detroit, and IND. They then have to take care of should win games against the Thunder and Grizz (who are looking scary).

The Jazz are just 3 1/2 games out of the second seed in the WC. I hate saying that because it seems like the last two years they were just a couple games out at one point and then fell off. But that's the reality of the WC. The Jazz are also tied for the second-best conference record as well.

The Warriors come to town tonight. They're a shell of their former selves that shocked the playoffs in 2007. They're giving up 111 points a game while scoring 105 themselves. So they play it in the same Nellie-ball style with the second highest pace-factor in the league. But their defensive rating is the worst in the league. In 2007, they were 19th in that regard.

So expect a run-n-gun show that the Jazz can easily match. But more importantly, expect a Jazz win with plenty of highlight reel material. 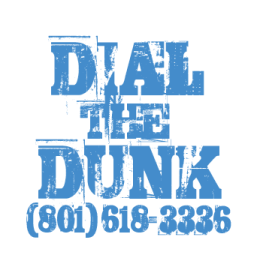 On a side note, I've been sans internet for a couple of days. I'll be checking in via phone, but that's about all that work right now.