Bob: A white man who worked in the marketing department of Gina's company who is best described as a stereotypical surfer-dude-cum-redneck. He spoke in a Southern Californian accent mixed with a Southern twang and often used words like "dude" and "man" even in professional settings. Lawrence achieved his appearance as this character with stage make-up and a prosthetic nose attachment to make him appear white, as well as wearing a long, blond mullet wig to complete the look. He only appeared in the first two seasons.

More pics after the jump...

So we have Korver as ...?  CJ as Kanye and Fesenko as Beetle Juice.

And we have this pic of Kosta Koufos as Harry Potter 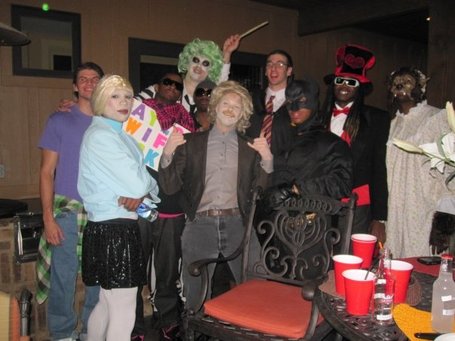 Any guesses on the rest of them?  Ronnie P?  Deron????  Wes Matthews? Millsap in the wolf/grandmother clothing?  Is that suppose to be Lil Wayne?  And is that white face?

Looking at some of the other pics on Facebook, it looks like Maynor is Batman and Millsap is Lil Wayne.  Can't tell if Brewer is the Wolf then.

That has to be Deron and Ronnie P up front, right? 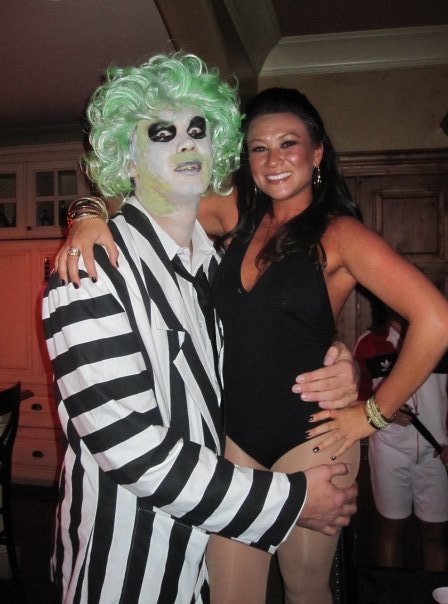 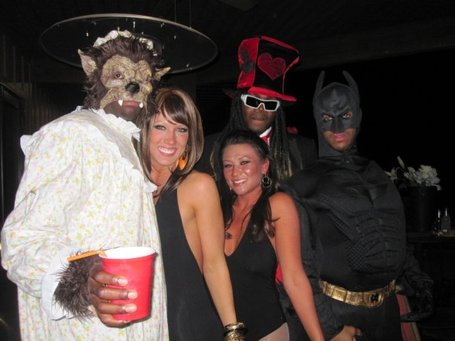