Deron's shoes that he's wearing now. What do you think? 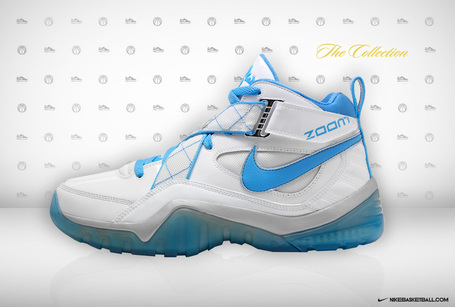 Sloan has always been a "You don't lose your job because of injury" coach. It will be hard though to deny minutes to Maynor when Price comes back.

Normally it wouldn't be an issue because Price can play the 2 as well. But when he and Maynor have been on the floor, it's been nasty. Then again, that was when Maynor was playing limited minutes and before his current streak. So maybe when Price does come back, it will be better.

So does anyone feel guilty for getting on Boozer so much earlier in the season? No? Good, me neither.

The Jazz have delivered the application to the Basketball Hall of Fame for Karl Malone. It will of course be just a formality to seeing Malone enshrined next year.

That will make three consecutive years of Jazz players/coaches in the Hall of Fame. Adrian Dantley in 2008, Stockton and Sloan this past year, and the Mailman in 2010. I couldn't think of any other team that has done that. And as I've mentioned before, this could be the last HOF ceremony featuring a Jazz player for 20 years or so if Deron were to make it.

I wonder if they put in Larry H Miller's name for consideration as an owner. He showed that you could have a thriving NBA franchise in a relatively small market. He's had a great impact on the league.

Last poll of Poll Week. After last night's win against the Spurs, what's your outtake on the season now?