The past couple of  Decembers haven't been very good to the Jazz.  The 2007 December was a complete disaster.  2008 was a little better.  And 2009, despite the terrible losses to Minny and @ LA, has been promising.  A little better record in the final month of the year, the past couple of years, would have been a huge boost for the team seeding-wise.  Here's what we've had the past couple of seasons and a comparison of the first 7 games of the month to this season

A little better last season.  Of course we had that huge come from behind win over the Nets which preceded the Boozer "regardless" comments.  We also had a good win @ Detroit in double OT.  We lost to the Heat and Magic at home.

If we can get a win tonight against Minny, and we should, it would be the best start for the team in December since 2001 when that team went 5-2.  The Jazz just have not been a good team to start the month.  That team also finished out the month 10-5 and it's been bad ever since.

So, a good start to the month.

Right now a SLC Dunk game night out looks like it would be pretty small, just me and three other people.  I know there are quite a few fans out of state and country and continent.  If you can though, we'd like to have you.

Otherwise, I guess it's a lot easier to plan with just 4 people as opposed to 40.  But I would like to be able to get a significant amount of tickets purchased for charity even if there aren't many people.

Feel out a quick form if you'd like to go.  Thanks.

Thanks to Alexandria VA for this fine Deron ninja.  I expect it in many game threads 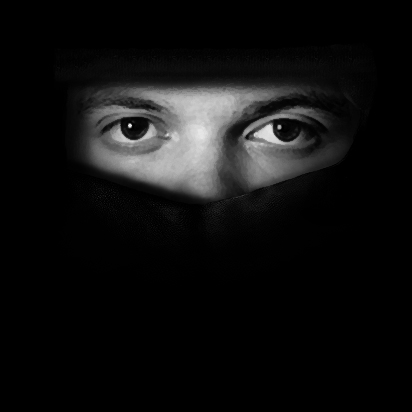 Do you know why I love a free market economy?  Competition encourages innovation and the best product for consumers.  Why do I bring this up?  I think that's what's given us the great play of Wesley Matthews and CJ Miles in part.

CJ had something to prove when he came back.  Both he and Matthews are fighting for that starting job though both I'm sure would say the PC thing and say whatever helps the team.  And it's not a bad competition, they don't hate each other, but you can see that they're bringing out the best in one another.  They've also seen some time on the floor together.

I think the fans, along with the team, have been huge beneficiaries.

So my recapping sucks.  Well, not the recaps themselves (some might disagree), but the lack thereof sucks.  By the time I want to go back and get one done, the Jazz are on to the next game and it's too late.  And in internet time, it's way too late.

So, anyway, I'm starting my New Year's resolution early and that's to have a recap done, even if it's just some bullet points at first, within the first few hours after the game is done.  I figure if I start now, it will be something that I actually follow up on instead of just doing it based on an arbitrary date.  Plus, if I put it down here, I might just end up doing it.

The first installment of "It's not lame, it's the 10 days of Christmas" comes at you later today.