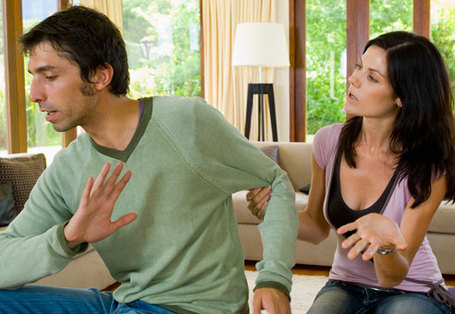 The Jazz needed more of this type of defense against the Wolves.  (This picture will never get old.)

Nothing like a loss in Minnesota to bring the Jazz back down to earth.  The Jazz have been playing fantastic ball lately, which has made Jazz fans all abuzz with accolades about Wesley Matthews being the answer at shooting guard and about how Kevin O'Connor is a genius for not trading Carlos Boozer and I think for the most part, Jazz fans have failed to realize that:

A. The Jazz were just re-establishing their dominance at home

B.  The Jazz didn't beat one good team during their recent 6-1 spurt (Blazers aren't a good team right now)

All of the sudden this jazz team is looking awfully reminiscent of the past few years' jazz teams that lost to too many cellar dwellers in the league to be considered a legitimate threat come playoff time.

Here is the deal with the Jazz:  They aren't good enough to beat bad NBA teams without giving it their best effort.  The good news is that only 2 or 3 teams in the league are.  But even teams like Boston have dropped games on the road to bad teams like the Pacers.  Orlando got pummeled in OKC.  Denver lost at the Clippers of all teams.  And if the Lakers played any road games, then I am sure they would drop one here and there.  But you just have to play harder than the Jazz played tonight in order to win on the road, even against the 2-17 teams.  That is the truth in the NBA.

But what the Jazz get in the habit of doing, and they have done it too often already this season, is playing with little to no urgency until they are down by 6 or 7 points in the 4th quarter.  Then they play hard, but by that time the other team is confident enough that they can win the game, no matter what their record is.  Do you want to know the litmus test for whether the Jazz are playing hard or not?  There are two indicators:

To illustrate my point:  one of the offensive sets the Jazz run is an isolation at the top of the key.  In this set the shooting guard stands on the weakside wing and sort of waits to shoot a three pointer if the post player is doubled with the ball or the point guard is able to penetrate the lane and draw an extra defender.  I understand that it is the shooting guards job to just wait there.  But there is a right way and a wrong way to wait for a play to develop.  One way is to be alert and on the balls of your feet ready to go after a ball if it is deflected or ready to follow an offensive rebounding opportunity.  The other way is to stand still with your feet flat on the floor and your hands down at your side.  Wesley Matthews is the best wing at being energetic even when the play calls for "waiting,"  but even he got caught flat footed a couple times against the Wolves.  Next time you watch a Jazz game watch the players without the ball for a whole quarter or so and see what they are doing.

Energy and effort are skills, just like shooting, or jumping, or making free throws.  They require practice and repetition to be mastered.  That is why players like Udonis Haslem, Charles Oakley, Matt Harpring and Joakim Noah can be good players in this league without a jumpshot, a lowpost move to speak of, or even knees.  And the Jazz need to learn, or even trick themselves into playing with effort and energy more consistently.  Here are a couple suggestions for the team.

- Talk about road games against crappy teams as if you haven't beaten this team on the road in a decade- It worked against the Spurs this season, which is the only real signature win that is different from the disappointing team from last year.  The Jazz didn't play perfectly in San Antonio, but they played focused and with effort for almost all of the game.  Treat every game like you are trying to end a decade long skid and make that next game your focus from the second the previous game ends and talk about nothing else.

-Tell each other during a game that you are down no matter what the score is; make it an inside joke on the team-  The Jazz have been breaking huddles this season with a "defense" cheer, rather than "Jazz" in hopes of making defense a priority.  Do the same with the score.  Don't look at the score.  Instead, ask the team in the huddle, "what are we going to do to get this lead back?" and "we can't catch up if we exchange baskets; we need stops."  This will confuse Fesenko and Okur for a couple of games, but they will catch on.  Jazz players should trick themselves into generating energy by believing they are up against the wall.

Whatever they do, losses like this one need to stop.  Immediately.  Because the 4th quarter is too late to start playing your hardest.  And entering the playoffs as a # 6 seed is way to late to wonder "what if we had won 3 more games that we should have won in November or December or January?"

In the word's of Poor Richard:  "One ounce of prevention is worth a pound of cure."

Let's see if they can gather themselves before they enter the gauntlet that is the December schedule.