Share All sharing options for: While you were sleeping... 26 February 2009

Well, maybe some of your were sleeping.

How does the old saying go, if you want to have something done right, you have to do it yourself?

Seems like every time we need to have a team above us in the standings taken out, it fails.  Let's see what Booze thinks about the first game of Thursday night,

Cleveland had quarters of just 10 & 11 points.  Isn't James suppose to put up those numbers by himself?

And does McGrady get team MVP for opting for surgery?

Another mixed results game. Suns lose, good.  Lakers win, bad. So has this already jumped the shark if I have to bring in a guest start already?  Let's get the mixed result from Booze & the Kouf:

The Lakers ran all over the Suns sans Nash.  This is a mixed reaction because I don't think I can ever root for the Lakers even if it might help us.  Right now Phoenix isn't a threat, so a Lakers win just isn't satisfying.

So we move ahead of the Suns a 1/2 game but lose a bit of ground to the Rockets.

So with the Rockets win and the Lakers win, we'll go to Booze for the overall mood from last night's games: 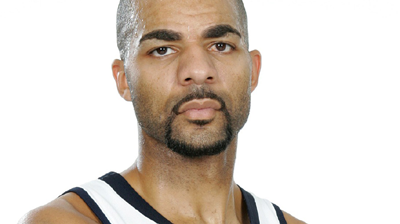 Lot's of action Friday night.  Booze will be very busy despite the Jazz not playing.