Share All sharing options for: That Korver, he's so hot right now. 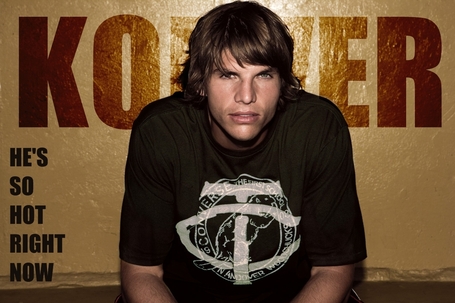 Looks like that wrist is healing nicely, and just in time.  In the 2007-08 season, the Jazz went 38-12 after acquiring Kyle Korver.

It's nice to have that Korver back.

Here are his stats over the last couple of months:

February and March have been good to KK.  March, for whatever reason, is Korver's favorite month.  In 2007-08 he averaged 11 PPG on 47% three-point shooting and 53% overall to go along with 5 rebounds a game.

The recent three-game slide notwithstanding, Korver has been a huge part of the team's recent success.

Let's hope he stays hot for the rest of the season and keeps those wrists injury free.