While you were sleeping/waiting for basketball

Share All sharing options for: While you were sleeping/waiting for basketball

What is this, the playoffs? I don't know any other scenario in the NBA where you play only one game in a week.

Since most people weren't even watching or aware that the Jazz played the Thunder last Thursday, it feels like an eternity to most since the Jazz have played last.

Don't worry though, the NBA made sure that the Jazz won't have time to eat over the final two weeks of the season as we play approximately 25 games in 4 days.

The rest of the NBA has been going on without the Jazz the past week.  Sloan has stated that he doesn't scoreboard watch, but I don't know what else they're going to fill their time with.

All of us have been watching though without much reason for rejoicing.  Everyone else keeps winning unfortunately, except the Spurs.  The Red Lobsters of Houston dragged them back into the tank when they beat them Sunday.

And last night, we finally got some help.  It didn't look that way though.  Memo is going to fill in for Boozer today and give us his reaction to last night's games. 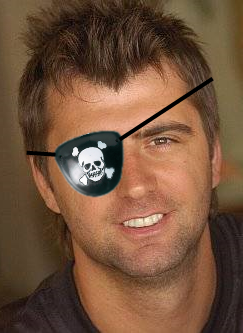 Portland finally lost a close one at home.  Roy had only 12 points and missed a 15-footer at the buzzer that would have won it in regulation.  With their loss, they drop percentage points behind the Jazz in the NW.

Memo, how about this one? 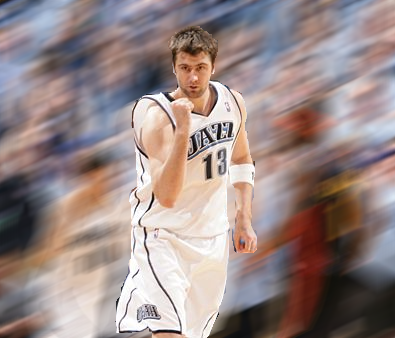 Amen to that.  Denver chokes down the stretch.  Former Jazz man Luis Amundsen helped when he frustrated Nene into a flagrant foul,

Denver center Nene, who had 10 points, was given a flagrant foul 2 and ejected with 7:25 remaining when he grabbed Suns center Louis Amundson and threw him to the floor under the Suns' basket after Billups missed a 3-point field-goal attempt with the Suns leading 97-96.

"We missed him out there. We needed him," Anthony said."The possession before that [flagrant foul], he head-butted me," said Amundson, who had seven points and seven rebounds in 20 minutes. "I play hard. I don't back down from anybody. A lot of these tough guys, they expect guys to back down. They don't like it when the other players don't back down. That frustrates them."