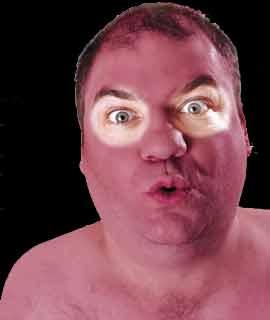 How do you close out games on the road? Does it just come from experience? Is there a certain mental toughness that we're lacking?

This happened @ Atlanta, @ Miami, and now @ PHX. In all of those cases, we had 7 or 8 point leads late in the game and couldn't finish them off nor even hold them off.

Maybe it's late-game lineups? Maybe the Jazz need to call a time-out at the 6:00 mark so that they can have a bathroom break?

Maybe it's because of my post that proclaimed the Magic 8? If that's the case, let me denounce the Magic 8 and never speak of it again. Stupid jinxes.

It can be inexperience anymore. They've done this a million times over the past three seasons. If they're not learning from it...

AK had the largest +/- last night at +12. He only played 21 minutes though and we didn't see him much in the fourth.

Whatever it is, I don't see them overcoming it any time soon (semi-intentional reverse jinx).

This game was pretty close to a carbon copy of the first meeting in PHX. The Jazz rebounded better this time around but couldn't hit a free throw. Memo went 2-6 to "lead" the team's 16-27 output. The Suns on the other hand made 22 of their 27 attempts. Ball game.

And despite all of that, it's a game that should have been won.

Deron must have turned on his ninja too early. He made back to back three-pointers to close a 7-point PHX lead to 108-101 with a little over 4 minutes left in the game.

But he had two identical free-throw line jumpers that didn't fall in the closing minute. He's hit the same shots in the Boston and Rockets games to close them out. I see if he misses one, but not two. Those are normally gravy. Both attempts would have tied the game, the second coming with :16 left.

Memo got the rebound from Deron's second attempt and couldn't get a good shot off. He had an open look at a three, but he head-faked and had an awkward drive and an off-balance shot. He probably should have got a foul call, but the way he was shooting from the free-throw line, it didn't matter.

After Memo got the offensive board with :14 left, he passed it back out to Deron. Plenty of time left to run something. But Deron passed it right back to Memo. Totally surprised me. I thought for sure they'd run a play or at the least they'd isolate Deron. It could be argued that Memo shouldn't have had the ball in that situation unless Deron was passing to him for a jumper. Total helter-skelter with that last possession.

This was a big blow for home-court.