Let's get this out of the way because no matter how the rest of the games shape up, and they look promising, this pic speaks volumes on tonight's win over the Rockets (this is your while you were sleeing), 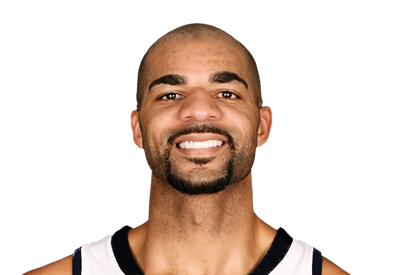 Booze has received a lot of criticism this season, some of it rightfully so.  But if there's one thing that can bury the hatchet quickly is winning and playing well.  Boozer's play last night will go a long way in doing just that.

He has been hovering around the 20 minutes per game mark since he's come back.  But due to some foul trouble for Millsap and overall great play from Booze, he jumped back up to his normal PT of 33 minutes.

He kept the Jazz in the game in the first half with his 13 rebounds.  That helped counter the ridiculous 14 turnovers from the Jazz in that same time frame.

In the second half he took over with his jumper.  He had 14 of his 20 points in the second half on 6/10 shooting.  The first of his last two jumpers broke an 85 all tie and came right after he checked back into the game in the fourth.  If he keeps playing like that for the rest of the season, AND THE PLAYOFFS, bygones will be bygones.  Of course that could mean that we might be saying bye to Booze because he would be gone.  No need in worrying about that now. 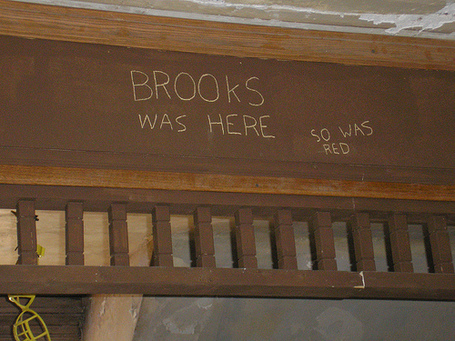 While Booze did his part to keep the Jazz in the game, Deron was doing his part to win the game.  The first half showed him flat out abusing Aaron Brooks.  Brooks may have speed, but it wasn't useful in defending Deron.  D-Will drove by him all night long on the way to 12 & 7 in the first half.  The second half was more of the same even though it was Kyle Lowry getting the PT instead of Brooks.  Lowry was a definite offensive upgrade and a big reason for the Rockets comeback in the fourth.  But he couldn't slow down Williams any as Deron had a near mirror image of his first half with 14 & 7.

His two biggest shots came late, late in the game, sandwiching a hail mary bank shot three from Artest.  The first came with the Jazz leading by just 4.  After Yao had fouled out while running over Brewer, Deron scored on a pick and roll play with Boozer, splitting the defenders and pulling up for the free-throw line J over Scola.  After Artest's prayer, Deron ran down the clock, broke down Lowry off the dribble, and calmy hit the game-clinching 20-footer to give the Jazz a 5-point lead with 21 seconds left.

That first jumper of Deron's though wouldn't have been possible without the continuing amazing play of Ronnie Brewer.  After Yao's foul out and the subsequent Jazz possession, Ronnie had probably the game saving play.  Off a pick and roll, Boozer took a free-throw line jumper.  With the ball coming high off the rim, Brewer used his hops to tip the ball back out which led to Deron's J.

He had two other plays down the stretch that helped with the win including taking the charge on Yao that led to Ming's ouster.  It came on the same play that the Jazz run a million times a game where the two guard sets a backdoor pick for the PF down in the paint.  Yao was following Boozer and nailed Brewer coming back across the lane.  Yao and Rockets fans can complain all they want (and Yao compained a lot in a post-game interview), but the Jazz had just run the same play :20 earlier where Yao successfully avoided Brewer.  It wasn't anything new.  What made that play huge, besides getting Yao out of the game, was that it came right after a Deron Williams turnover.  Instead of being able to close it to a two or even one point lead, the foul did them in.  Brewer clinched the game with a steal following Deron's final jumper.  Oh, and his shooting wasn't bad either going for 8/15 for 19 points.

Memo's 16 almost becomes a footnote in this game.  But it was his D on Yao that should get the praise.  Ming got 19 but had to take 18 shots to get it.  He only got to the free throw line 5 times and that's where he usually lives.  It was a very unassuming night for Okur, but was huge in this win.

The Rockets deserve a ton of credit for making a game of this.  After a Memo three-pointer late in the third, the Jazz lead was 13 and were threatening to blow it open.  But behind Lowry, Houston slowly  climbed back into it and tied it up.  Not much more you can ask from a team than to give yourself a chance of winning on the road.  They shot a bit below their season free-throw shooting percentage and it cost them a shot at the game in this case.  Had they made a couple of those, we could have had a different outcome.  They nearly doubled up the Jazz in attempts from the lline, 32-17.  The Jazz made all 17 of their FTs, needing every single one.

The Jazz keep on rolling having won 9 straight now.  They're still in just 7th place in the conference.  They could have jumped Portland tonight had they not received their own bailout.  The Spurs fell to Dallas and are now just 2 1/2 games ahead of the Jazz.  After SA, seeds 3-8 are separated by just 2 games.  With the Nuggets coming into the ESA on Friday, the Jazz can move into a tie for first in the NW.  That was something that most, including me, thought was impossible after falling behind by 6 games just a couple months ago.

There may have been bigger wins this season (LA, Boston), but this one was more satisfying, at least until Friday.