Share All sharing options for: Your Bedlam Tourney Winner

He knocked off some big names along the way.  Let's look at the matchups: 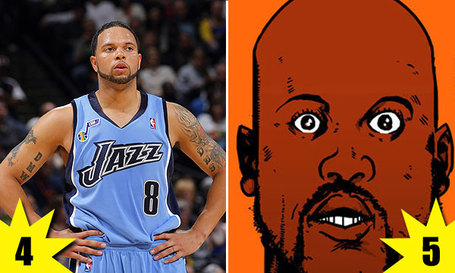 The weekly comic that runs on BDL didn't stand a chance with Deron garnering 73% of the vote.  That look above is because they didn't know what hit them.

Deron takes out the President 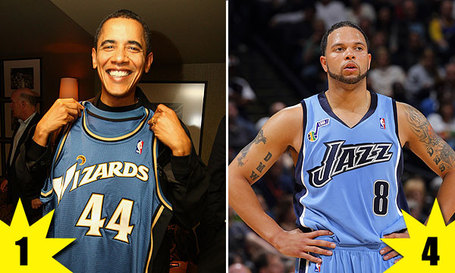 I really didn't think this one would be close.  You could put Obama's mug on just about anything these days and it would sell.  Yet Deron came through with 52% and the win.  Maybe the GOP needs to have Deron on the ticket next cycle.

Deron knocks the band-aid off of Dwyane's face 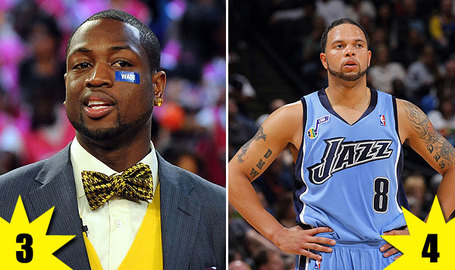 Wade's run finally came to an end as Deron beat up on him pretty good with 63% of the vote.  Now Wade sports two band-aids as a result. 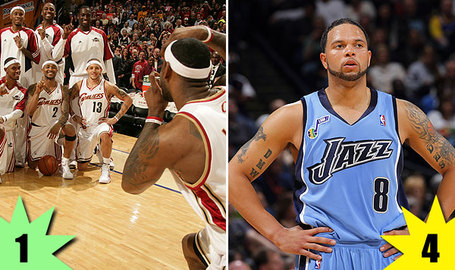 The Cavs may only have one loss at home this year, but this one probably hurts the most.  In another blowout, Deron got 71% of the internet voters to advance him to the finals. 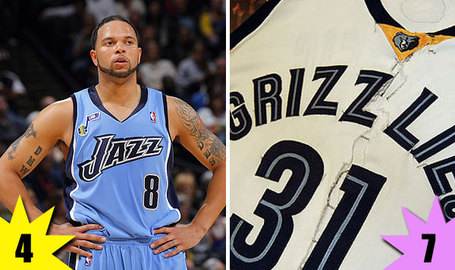 If you thought Darko was mad when he tore his jersey, wait until he finds out what happened here.  This was as neck and neck as they come.  Deron would go up first, then there was pretty much a split for a long time.  Later, Darko had a slight lead.  But at the end of the day on Thursday, Deron cruised to a 57% win.

As with any vote, his win wasn't without controversy.  Some accussed three lone IPs as being the sole voting block for Deron.  Some think the win violates the spirit of the Bedlam Tourney.  To them, just remember this, you're complaining about an internet poll.

And for those that dismiss this victory for the same reason, I'm taking any wins we can get at this point.