Do you recognize anyone in the picture above?  Because I would have an easier time naming one of them than recognizing anyone on the Jazz right now.  I don't even know what I'm looking at anymore.

I saw a glimpse of the team in the first quarter when they were executing and playing D.  But as has become all too-common, a regular contributor for a team has an all-star night.

In this case, it was J.R. Smith who tied a career high with 8 three-pointers on his way to 28 points.  He could have had 58 points for all I knew.  He only took one shot inside the three-point line all night.  Whether it was coming off a screen or taking the step-back three, he was the reason the Nuggets turned an 11-point first quarter deficit into an 11-point half-time lead.  Here's how the end of the first quarter and the beginning of the second played out:

He would go on to make three more in the quarter.

The crazy thing was that the Jazz weren't really ever out of this game despite their horrid, horrid shooting.  I counted no less than 2,546 layups that were missed over the course of the game.  That doesn't even take into account the 1,280 jump shots that were bricked either.

The Jazz got within 6 after a D-Will AND-1 but couldn't get closer thanks to the Birdman:

Nene would drive across the lane on the next possession for a bucket after that to pretty much put the Jazz away.  Andersen finished with 8 blocks and 150 hustle points (I made that stat up) to squelch any Jazz comeback.  I've dubbed him the White Rodman.  Shave his head, color it, and there you go.  All he does is rebound, block shots, and tick people off.

I'm not an expert on this, but Mark Warkentien has to be Executive of the Year for bringing in Andersen and trading AI for Billups.  The two best decisions of the year and it's probably going to give them the second seed in the West because of it.

Getting back to the Jazz, I really don't recognize anyone out there.  Nobody seems to be himself.

I haven't seen ninja from Deron in a while despite still putting up good numbers. (Though he did have a hella dunk in this game)

AK hasn't been the same since not being the first option off the bench.

I don't remember the last game were Ronnie B took over the baseline on the offensive end.  As clarkpojo brought up, he played great D on Smith last night in the second half.

Memo reminds me of Wild Thing in Major League 2 when he comes back to camp with about 50 specialty pitches.  This is not the time of year to decide that you're going to start driving to the basket.  Take the 3!  Remember when he was working on the left-handed finish in the Washington game?  Maybe Memo is the one we should be worried about leaving.  Maybe he's trying showcase skills or something.

Boozer's pass is almost over.  I will say to him though, "Start dunking the ball instead of laying it up."

KK has been hot and has actually been one of the more consistent players on the team.

Millsap might have had the block of the year last night when he denied Kleiza on a would-be dunk from behind and sent him to the ground.

Still the Jazz don't seem to have a direction right now.

As I typed this, this just came to me (I haven't put any thought into it though):  Have the Jazz given up on Sloan?  You always hear about teams that stop playing for their coach.

With so many of the players able to leave after the season, is everyone playing for themselves?  Either consciously or unconsciously?

I haven't heard any player calling anyone out or taking things upon themselves.

It really wouldn't surprise me if something comes out this offseason about some clubhouse or team problems.  It's easy to get along when the team is winning.

But that's all just speculation on my part.

All it would take to turn things around is just one win on the road, but the team doesn't seem capable right now.

I'm not a "the sky is falling guy" though.  If we can hang on to the 7th seed, things won't be as bad as they seem right now.  Everything starts anew in the playoffs.  If we can somehow avoid the Spurs and Lakers in the lower half of the bracket, I would welcome that. 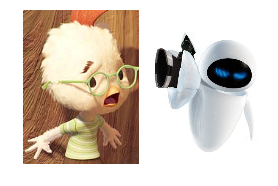 And Larry, if you're reading, I'm waiting for a little "Angels in the Outfield" magic.