Share All sharing options for: Catching Up With Ante Tomić & Tadija Dragicevic

With the draft coming up, I thought I'd try to find out where last year's second-picks Ante Tomić & Tadija Dragicevic are at right now.

First, I stated last year that neither one of them will end up playing for the Jazz.  I still don't think they will be donning a Jazz uni soon, but the odds are increasing a little. 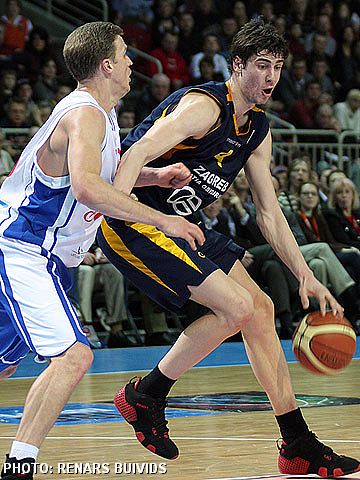 Here's the latest I found on Ante.  It looks like he's expected to sign a four-year deal with Maccabi Tel Aviv.  This happens to be the same team that former Jazz man Dee Brown is currently playing for.  At 22, I would expect that if the Jazz were going to bring him over, it would be soon.  The four-year deal doesn't preclude him from signing with the Jazz, but he would have to negotiate a buyout. 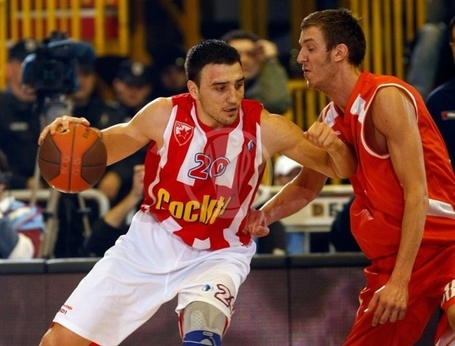 Dragićević has been with his current club, Crvena zvezda, for 8 years.  He just announced that while he still has one year left on his deal, he plans on negotiating an out:

I am not thinking about other clubs yet. It is to early. But I do believe that me and the club will find a mutual solution so that I will be able to continue my career abroad.

Continuing his career abroad could mean a lot of places.  He's 23 and if the NBA is his goal, I would expect he would want to get moving on that.  This announcement was made in April, and I haven't been able to find any updates on him since then.

What's interesting is that the Jazz have yet to pick up Kyrylo Fesenko's option for next year.  I haven't heard Dragićević's name come up, but could he be brought over to replace Fess on the roster if Fess isn't brought back?

We may not see either of these two in Utah, but they do provide interesting options for the Jazz should they need some big men for next year.  Not that they would play that much though.