Deron Williams laughs in the faces of the basketball gods.

Share All sharing options for: Deron Williams laughs in the faces of the basketball gods.

For someone that suffered a pretty serious injury last pre-season, Deron Williams doesn't seem to care that he's tempting fate with all of his off-season activities.  Here's some of what he's done this summer. 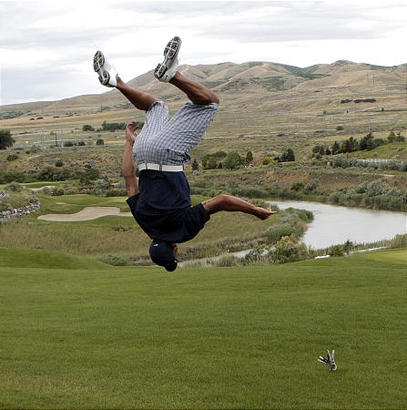 At his annual golf tournament, Deron was able to extract an additional 10 grand from some of the players if he did a backflip.  With a little running start, D-Will headed down the hill and thankfully didn't break his crown.

Speaking of golf, doesn't he know what can happen when you ride in one of these: 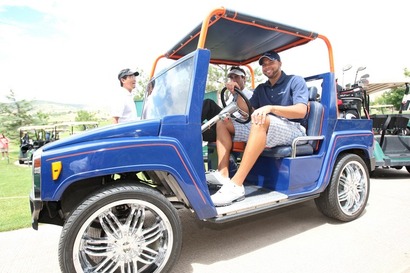 Back flips off of diving boards

Okay, so maybe he just likes to do flips.  Here's a recent vid:

Doesn't he know what can happen on diving boards?  This can happen: 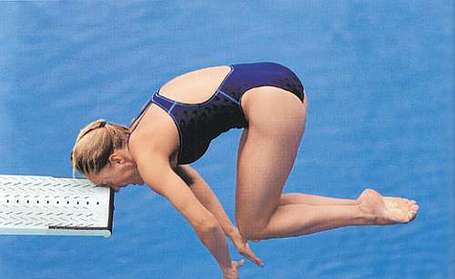 Training for the Tour de Utah

No helmet, no pads, nothing.

I guess if he can dodge a wrench

And next month, Deron and Korver will be putting on a Dodge Ball tourney for charity.  I don't know if they're going to be playing for sure or not, but having dodge balls being flung at your head is just tempting the gods, right? 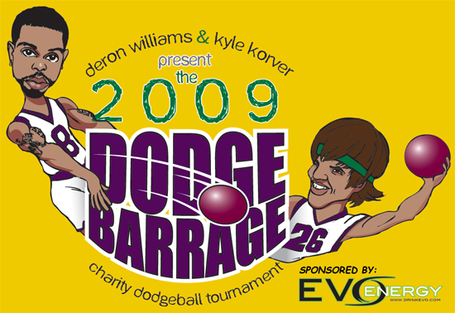 This seems like the last thing that Korver should be participating in.  I hope he has insurance on his face.

But maybe Deron's biggest tempt of fate will come in the pre-season game against Chicago when he faces off against Derrick "Freakin'" Rose again in London.  What a better place to temp fate by playing somewhere where it will take 5 weeks just to see a doctor if something happens? (joke people, seriously)

I guess the way Deron looks at it is that the Jazz have used up all of their injury karma for the next 5 years so he's got nothing to worry about.