Well, now we know why we haven't been getting any tweets from Deron lately.  From Ross Silers' Twitter account (of all places),

Read from the bottom up,

tribjazz
10 minutes ago from web

They got 2,000 people a day signing up during Williams' 25 Days of Christmas promotion and are hoping to build on that success.

tribjazz
11 minutes ago from web

The hope is to encourage fans to register at the site and get updates sent directly to their phones.

tribjazz
13 minutes ago from web

Williams is the first NBA player working with a company whose technology can make his site compatible across all smartphone platforms.

tribjazz
14 minutes ago from web

He's focusing efforts on a new component to deronwilliams.com that will take advantage of some pretty cool new technology.

tribjazz
15 minutes ago from web

It will be interesting to see what the new tech involves.  I wonder if he'll get the 27K+ followers on his site as he does on Twitter though.  This seems to be a huge step down marketing-wise.  It's free promotion.  I don't see the harm in keeping it.  At the least he could push out whatever he's doing now to twitter.

We'll see how well this goes and see if other athletes follow if this is a success.

I will be doubly sad as Deron used to follow me on Twitter and it was a huge ego boost.  No more.

You can go to http://deronwilliams.mobi for the new app. 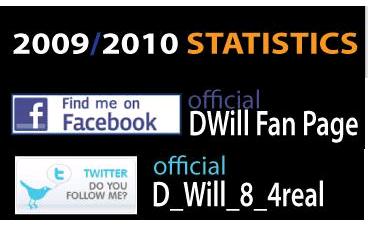