Share All sharing options for: It's Not Lame, It's The 10 Days Of Christmas... 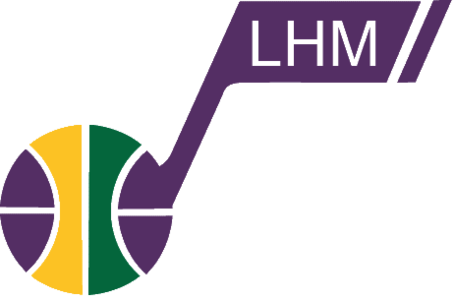 Not sure why it took me so long to get this post up. What would a INLITTDOC be without a late entry though?

I won't start out the last INLITTDOC like I did with the previous ones. Given the number one story of 2009 for the Jazz, it wasn't appropriate.

Of course that story is the passing of owner Larry H Miller.

There was quite a bit said when news broke and then I had a post up afterward on my thoughts about LHM. I'm not sure much more can be added to what's already been said.

I would like to think that maybe the Jazz would have gotten out of the funk they were in earlier a little bit sooner had LHM still been here to roam the locker room. Though had he still been with us I can't imagine that their play would have done much good for his health.

I won't add too much to what's already been said, but what brings us all together is the Jazz. We're all from different backgrounds, races, religions, political ideals, and countries, but we have something that unites us. Every night the Jazz play, we gather at the ESA, our televisions, radios, and here at SLC Dunk to cheer on the Jazz. We consume all that we can about the Jazz. To steal moni's blog name, we live and die with them.

So for nothing else, we should be grateful for LHM for keeping the Jazz in Utah when they probably had no business being in Salt Lake City at the time. Now they're ingrained into the culture. What do you mean there's no jazz in Utah? We've had Jazz for over 30 years now. To think that if the Jazz weren't here, given our geographic location, we might be Nuggets fans or heaven forbid, maybe Lakers fans.

As we come up on the one-year anniversary of his passing, I hope the team pulls out all the stops to remember him and to make sure future generations will know who he was.