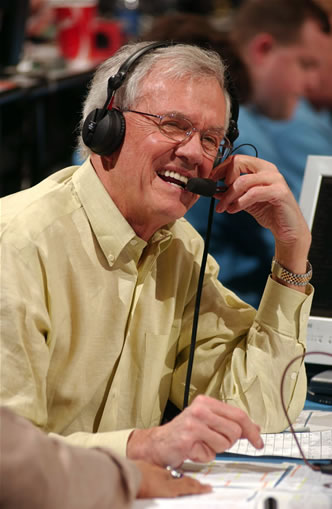 THE MAN OF THE NIGHT

You know the story by now.

-Deron Williams is in West Virginia for his uncle's funeral and not in Utah for the game.

-Carlos Boozer is injured and on crutches for his calf strain.

-"Carlos Boozer added 20 points and 11 rebounds before leaving because of a strained left quadriceps that wasn't expected to sideline him long."  That's the AP source after last season's injury against Milwaukee.

-So far there are some scary similarities between last year's Boozer injury and this year's injury.

-Kevin Martin is averaging 13 points a game since his return from injury.  He has scored 5 points 3 games in a row.

-The Jazz will be honoring Hot Rod Hundley tonight by hanging a banner with a microphone and the number of called games on it.

-I hope the Kings don't return the favor.

- The Kings are a good offensive rebounding team.

-Also, THE KOOF and THE FES are back in the action tonight.

-"You Gotta Love it Baby"