Here's Jeremy Evans' drawing of Jerry Sloan for those that couldn't see it. He said he fixed the nose so that it wasn't as crooked, 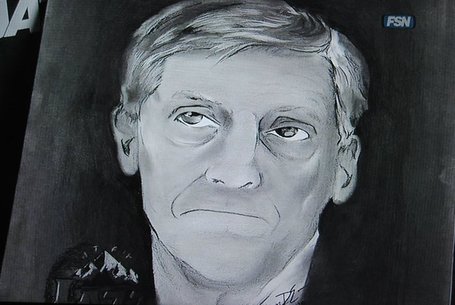 Man, I love covering this team.

Great mini preview from The Basketball Jones on the Jazz, 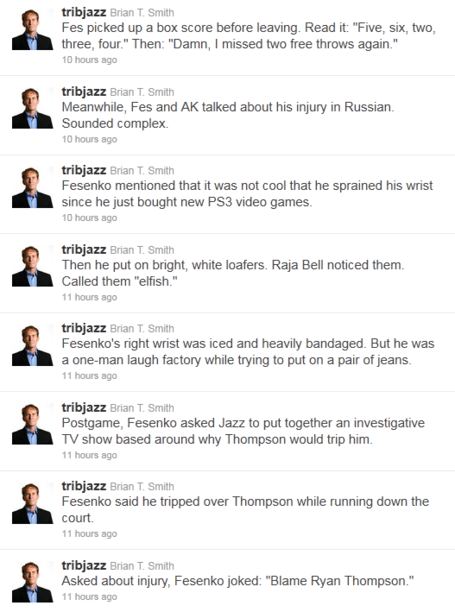 Is Hayward thinking too much instead of just playing? Somewhere I read that he said he has all of the Jazz offensive sets down. He said now though that he's working on D,

"It will continue to slow down for me, eventually. And I'm not worried about that," Hayward said. "Right now I'm more worried about the defensive stuff - when to help, when to stay, things like that. I think it will all come, though."

It's best for him to get these things done in the pre-season but with previous mentions about how he seems down on himself, it seems like he's over-thinking. The pre-season can be looked at as a glorified scrimmage/practice in some cases but you have to practice hard and smart and then just go out an play. That's why Sloan's practices are so intense and so repetitive so that when you play, you don't have to think, you just do it.

Also, in that article, did Buckley say that Sloan is "toying" with his wing rotations? Did he not hear about the last time asked if he was toying with the lineup? I guess it's a good thing Sloan doesn't read the sports pages.