You've probably already read this great piece on Jeremy Evans by Brian T. Smith.  If so, feel free to read it again.  Just a great story.  Sloan summed things up,

Ryan Thompson is officially heading down south to play for the Flash.  From the press release,

Utah Jazz training camp invite Ryan Thompson has signed to play in the NBA D-League and will play for the Utah Flash along with Atlanta Hawks training camp invite Evan Brock. Thompson played for Rider University for four season averaging 17 points and five rebounds per game.  Thompson was the only player in Rider University history to be in the top ten in points, rebounds and assists.

Good luck to Ryan.  If he doesn't get called up to the Jazz, I hope he catches on with another team in the league.

The D-League draft is also going on today.  The Flash will be doing their picks from Noah's in Lindon.

Pics from Friday night's Halloween party are scarce right now.  Amar showed you Fess getting dressed up.  I found where he was tagged in Facebook on an album and found a couple of other pics though I could only make out CJ for sure, and I don't know what his costume is supposed to be. 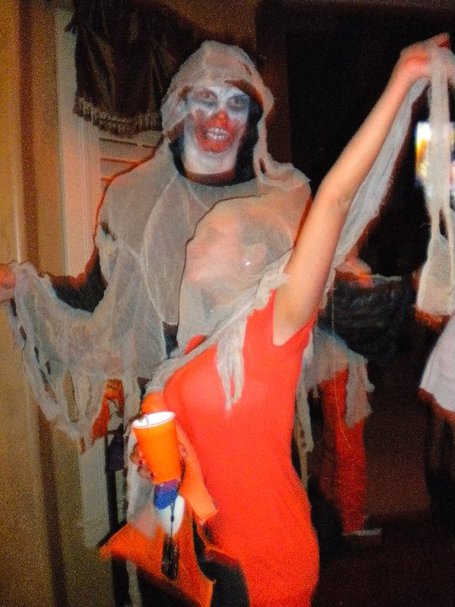 Here's CJ.  I don't know if he's a skeleton or a priest or what.  Gumby and Pokey are in the way. 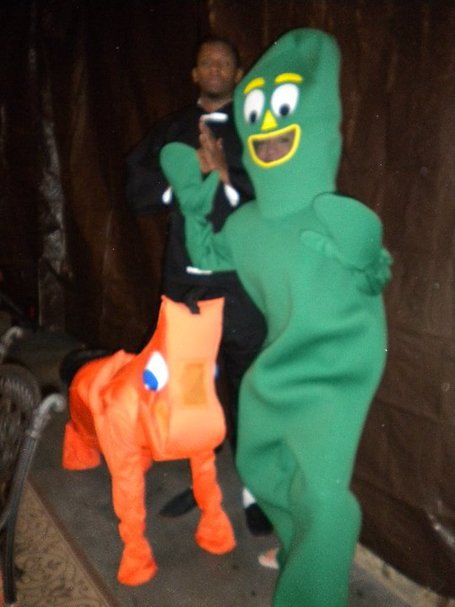 Finally, I believe the guy in the back (wig) is Deron, but I don't know for sure. 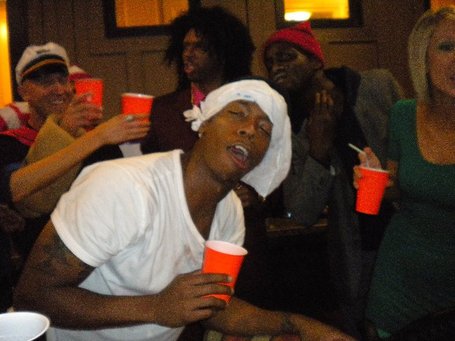 Confirmed, that is Deron.  Here's a pic from Memo's site (including pics of Elson and Bell), 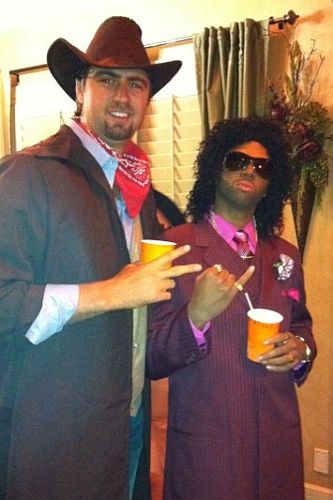 Also, I think Deron's wife Amy, and a friend, were going as some FLDS/Polygamous wives.

This is a pretty solid ranking of the top 10 Jazz men of all time. The top 2 will be argued back and forth.  The only move I would have made would have been to put Griffith into the top 10 over Big T.

Monday open poll...  What's been the biggest surprise from the Jazz through 3 games?