The Future Of Technology In Sports

Share All sharing options for: The Future Of Technology In Sports

This is the last of a series of sponsored posts - BBJ

Going back even 5 years, I don't think most of us could see just how prevalent technology would be in our sports lives.  It wasn't long ago that I was rocking this bad boy (a good phone at the time and not influenced by the sponsor of this post), 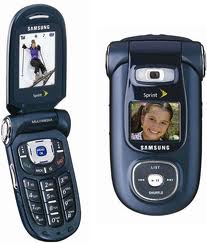 Compared to the size of the smart phones and such that are out there today, and this postage stamp sized screen just doesn't cut it.  In my quest for a new phone (I've had a couple since that Samsung), I turned to you for help.  I've narrowed down my choices and I'll let you know in a month or so what I went with.

Getting back to my point though is what are we looking forward to as far as technology in sports?  3D sets are already out with ESPN showing some games in 3D.  Is that just going to be a fad though?  Did they say the same thing about HD?

We have TVs now that are trying to get into the app/provider market by giving access to not only cable/satellite/OTA, but to sites like Hulu and other streaming media sites.  You can connect to Facebook, Twitter, etc. via these new sets.  Now you can watch ESPN through your XBOX.  Everyone is clamoring to be the one-stop shop for all of your sports (and media) consumption.

On the flip-side of that, are sports inundated with too much technology?  Is it taking away from the games?  I mentioned before that I at minimum have my laptop, TV, Ipod touch, and cell phone for each game.  It would be nice to consolidate those into one device.  I will admit that I do take break from all of that and try to just watch the game an enjoy it for what it is.

So where can we find a happy-medium?  What say ye?  Is there too much tech in sports right now?  Not enough?  Just right?  What do you want from technology to enhance your watching in the future?

I think it's up to you to manage that as you see fit.

Finally, some details on the contest.  You'll be going for this television.  The contest will start on the 18th and run through the 24th.  More details to come on that later.

Ray and flying fish not included 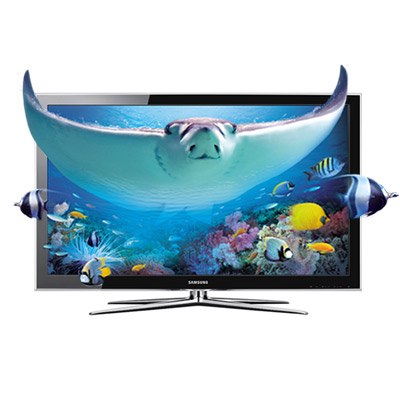