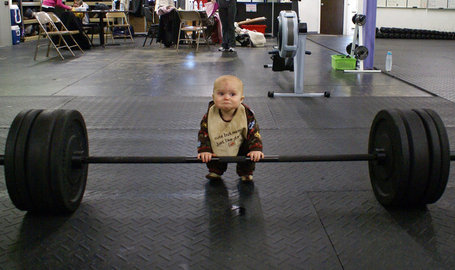 We've been snakebit by this Jekyll and Hyde Jazz team.

One minute they're posting their first ever undefeated preseason with a couple of dominant performances over the LA Lakers, and the next they're rolling over and playing dead like they're the LA Clippers. One minute they're the best ever comeback team in the NBA squashing Eastern Conference powerhouses like gnats, and the next they look like they'd get out-rebounded by Saint Mary's J.V. squad.

This team used to panic when they'd get down. Now they're calm and collected.

Too calm and collected. It's backfiring on them.

There's no sense of urgency now, due in large part to all those unreal comebacks. This team simply believes it will come back to win any given game. They take for granted that they have the talent to do so, resulting in a lack of fundamental basketball for 24 of of any 48 minutes on the floor.

They've shown us that they have what it takes to win ballgames with defense, but against Oklahoma City instead opted to play off their man by several feet all night long. It doesn't take a genius to see that leaving your hands at your sides some three feet away will result in a professional ballplayer hitting on half of their tries.

Up against the Spurs they felt no need to go after loose balls, getting out-rebounded by a margin as vast as the difference between Butler Gordon Hayward and Jazz Gordon Hayward.

Why trifle with such trivial things as fundamentals when you can simply come storming back whenever you so choose?

All over the live blogs and Twitter, as well as on my cell phone SMS system, I'm seeing the Jazz repeatedly get down big to an opponent only to have the fanbase as a whole simply wave it off, believing the team capable of waving the magic comeback wand and finishing off their opposition at any time.

And the team's disposition seems to suggest they believe the same with their nonchalant play for much of every game. It's good to be able to believe in yourself, to have the ability to dig deep and get your guys back into it.

However, it's foolhardy to rely on such a thing as the Jazz have been doing. The margin for error is always slim in the NBA and Utah's current demeanor and style of play has slimmed that margin of error down even more. It's a dangerous game to be playing at.

Statistically speaking, the Jazz had a 1 in 229 million chance at coming back in those five games recently. Essentially, they're banking on winning the lottery every night instead of focusing on the fundamentals when they're more than capable of doing so.

In this particular situation confidence is killing the Jazz.

The Jazz need to: