With their perfect performance from the line against New Orleans, the Jazz are now at an even 80% on the season.  The slacker of the regular rotation?  Paul Millsap at just 79.2%.  I really do think that if the Jazz keep it around 80%, it will be the difference in seeding.

Hope everyone had a good turkey-killing day (as Fess would say) yesterday.  Did you actually kill your own bird or just wander the frozen section with your dollar off coupon?  If you're Mark Eaton, you do all the killin' yourself (from Busted Coverage [nsfw pics on site]) 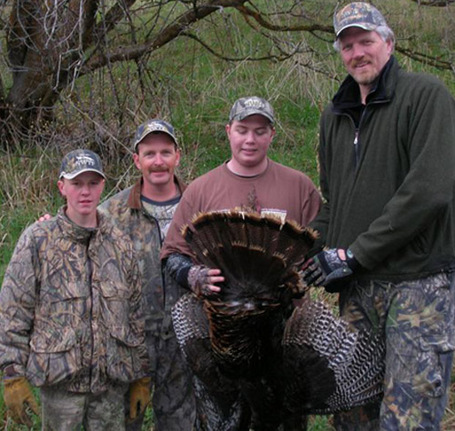 I've been trying to come up with an acronym for that second unit that has been playing so well and the closest I could get was SWARM:

I wanted something to describe their hustle to the ball.  Any other ideas?

Watson has said in the past that he knows he's only going to play 8-10 minutes a night behind Deron so there's no reason why they can't go full speed the whole time.  You see that when that second unit is on the floor guarding players far from the hoop and getting after things.  Must warm Sloan's heart.

Watson has taken that second unit and made it his.  That's what you want to see from the backup PG.  And Kudos to Ronnie P for playing the two guard in that set and excelling.  You can see that everyone really does put the team first.

Sloan has something for "ice" comments.  First it was ice picks, now it's comparing Jeremy Evans' Camaro in the cold Utah weather to a pig on ice.  Maybe instead of having a doghouse, we should say he's putting so and so on ice?

Open poll...  Biggest Jazz item on your Christmas wish list (besides a championship)?  Also, notice how it's black Friday for the stores but red Friday for everyone else?