If this is how Raja is going to start shooting, then we can put those lineup changes to rest.  Bell had a season-gih 19 points on 5-6 shooting from the arc.  He even had a Memo-like 21-footer on the line.  His best outing this season prior to tonight was against Memphis at home when he had 14 points on with 4 three-pointers.

Bell spoke after the game with Boler and Booner and said he talked to his dad about his shot.  His dad told him just to make sure he was getting lift and following through.  Looks like it paid off.  He also said that not playing for 7 days made him rusty.

When you talk about replacing making changes to the starting lineup, you usually start with CJ Miles.  The best unit on the floor this season has been Deron, CJ, AK, Millsap, and Jefferson.  Sloan isn't making any changes and Bell's game will do a lot to quiet that talk.  The first unit may not be digging themselves out of holes all the time if CJ started though.  He's the second unit's biggest scorer and one of the biggest defensive presences on the floor.

CJ went 4/10 from the arc (seemed like he made more) .  That opened his drives where he was able to take it to the rim and finish or dish for one of his 5 assists.  His final line was 22 points, 5 assists, and 4 boards.

The Miles/Bell machine combined for 38 points and 9 threes on the night.  When we're getting that kind of production from those two on a nightly basis, we're going to be tough to beat.  Consistency has been our downfall though so hopefully this becomes the rule and not the exception.

I'm not sure what offense Cleveland runs, but it seemed to be comprised of a lot of picks to get shooters open from behind the arc and Mo Williams driving.  It worked for a lot of the night.  The 12 made threes (7 for Daniel Gibson) was a season his for the team.   They also had a bit of a FT advantage, 25 attempts to just 16 for the Jazz.  The threes though were what kept the game close through the latter part of the third quarter.  Gibson made back to back threes to cut the gap to 4, 64-60, with 4:20 left in the quarter.

The Jazz then went on a 16-4 run spanning the third and fourth quarters and never looked back.  They pushed the lead to 20 to start the fourth and the Cavs could only get it down to 10 after the Jazz went cold for three minutes late in the game.

You don't want to discount this win simply because it was against the Cavaliers.  This was a game the Jazz were supposed to win.  The good teams though take care of business in games like this and that's what Utah did.  These types of games worry me a little less this season.  Sure, games like New Orleans still happen, but I have a lot more confidence that they're going to win the games they're supposed to win.

Up next are the Timberwolves Wednesday night.  They're still pesky even if they're sans Jefferson.  Kevin Love is an All-star and will cause a lot problems for the Jazz.  We'll need another night like tonight from CJ and Bell. 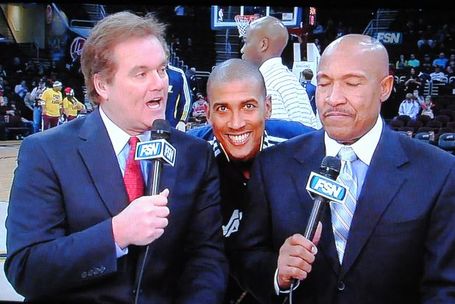