Thanks to Prodigal Punk for this link.  It shows just how inconsistent the Jazz are from quarter to quarter.  The good news is that they get stronger as the game goes on:

What's most impressive to me isn't the offense but just how lock-down they get on defense in the fourth.  This also shows just why you can never turn off your TV even when they're down.

And as The Utah Jazz Blog noted, half of the Jazz wins this season are of the double-digit comeback variety.

Klay Korver is not optimistic about the Jazz making a trade, 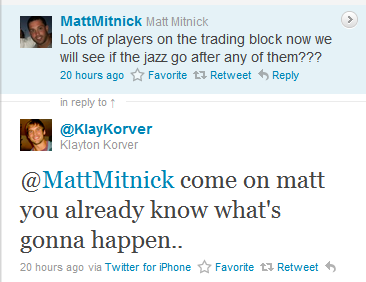 That was in response to Mitnick's tweets, 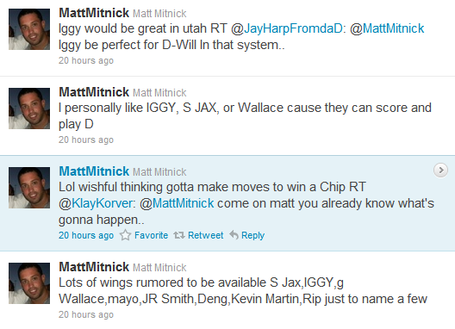 Wallace and Jax are intriguing. Kevin Martin would cost a lot and I don't know if he's available.  The rest do nothing for me.

Am I the only one who's disappointed that Griffin is allowed to do as much smack talking and stare downs of refs as a rookie?  I realize his tremendous talent and athleticism, but would that fly 10 years ago?

Thursday open poll...  What is the likelihood that AK is still here after the trade deadline?  Do the Jazz value him more as a player in the system and an expiring contract?  Or does he have more value in a trade, bringing back another piece?