The hope for a new year is that the Jazz go on their annual tear from January through March. It would be great if that extended into April and May. Here's their record over the past three seasons during those months,

With their schedule coming up, they should be able to have a similar record. Even when it gets tougher with the likes of the Spurs and Lakers, the Jazz are going to have to show they're a top team by beating those teams.

My other hope for the new year is that the Jazz can remain healthy. We've been relatively unscathed so far. I don't expect players not to miss any games for the rest of the season but if the Jazz are going to go on any kind of winning streak, we need our full arsenal of players if for no other reason than so that we can get regular rotations and players can start getting comfortable with each other.

I pray none of our players ever do the three goggles. First they remind me of these: 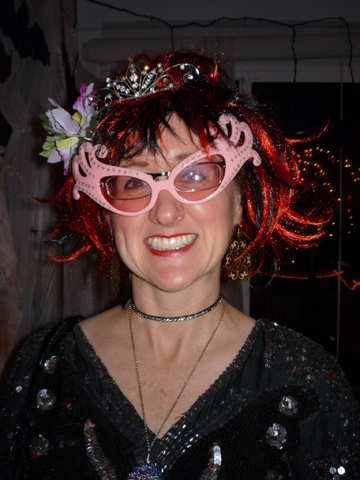 Second, shouldn't you only be holding up your hand on one eye since you didn't score a 6-pointer? Sad Wesley, I thought you were above that. You just put yourself on Rudy Fernandez's level.

It seems like ages ago, but Hayward was part of one of the top sports stories of 2010. His run with Butler took them through Salt Lake and back to their hometown of Indianapolis for the Final Four. Against Goliath, David's stone was just a little off,

Have a safe and Happy New Year (some have already celebrated I know). Thank you for continuing to read and contribute to SLC Dunk. It's no doubt the best Jazz fan community on the web. Here's the many more years and hopefully a shot at a title soon.