Via Uni Watch, here's Deron's new shoes  that he'll be sporting for the AS game but with red instead of Jazz blue. 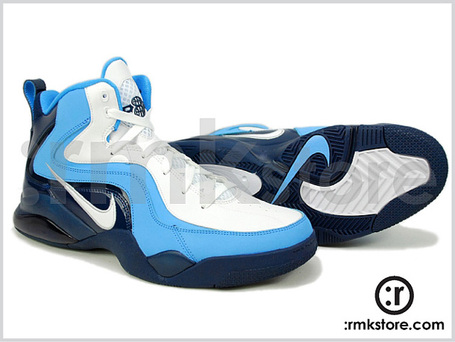 Here's a small All-star conspiracy for you.  It was announced yesterday that Dirk Nowitski would make the start in place of Kobe for Sunday's game.

Well, back on January 28th, I was doing some URL trickery with images from the NBA store trying to find a leaked jersey of an All-star yet to be named that day.  I found one for Dirk along with some of the starters.  So I tweeted the link to his jersey image.  It wasn't really a big secret that he was going to get a reserve spot so not a huge deal.

However, if you check out the link to the Western Conference All-star jerseys on NBA.com, it has all of the starters plus Nowitski now.  Given that his jersey was put up before all of the  other reserves, was his starting in the All-star game a foregone conclusion?  Or did they just have it ready to go in case one of the starters couldn't go?

With Dirk starting, here's your lineup: Nash, Caarmelo at the two now, Stoudemire at the three?, Dirk at the four, and Duncan at center.

Even though he won't be starting, I'll bet Deron gets some significant time at the PG and SG.

I haven't collected basketball cards for a long time.  I was counting on retiring based off of my card collection but nobody wants them any more so my 10,000+ cards are probably worth all of $10.  This is a pretty weird card combo though.  And check out Boozer's jersey piece, it's a from his Cavs uni. 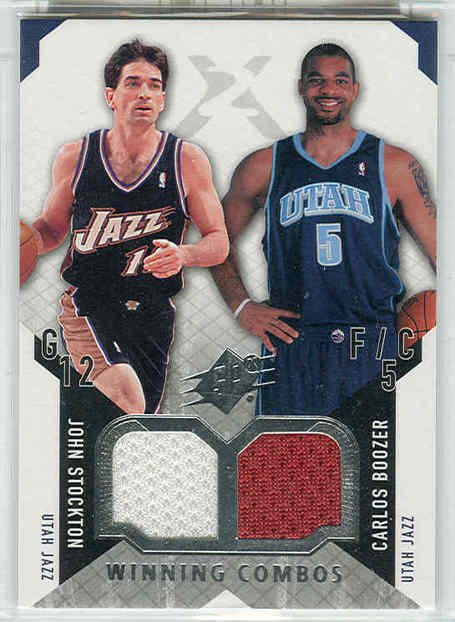 If you get the shakes from not having game threads, I've got you covered.  I'll have some open threads open for Saturday night's action as DWill participates in the skills challenge.  I've heard they're adding nun chucks and bo staffs somehow this year.  No computer hacking skills challenge this year though.

And of course there will be an open thread for the All-star game itself.

Speaking of the All-star game, does nobody look at a calendar when scheduling these things?  If you're a guy, there's just no way that you're justifying sports on Valentines Day, there's just not.  Why don't they just schedule a game 7 for me on Mother's Day as well while you're at it?

The only way you can get away with it is if you're Deron or one of the other All-stars.  "Sorry honey, it's work.  You have to understand."  Then he can go buy his wife a new car to make up for it.  I don't have that luxury.