Share All sharing options for: While You Were Sleeping... 19 February 2010

Man, it was a shootout last night in Cleveland.  I don't like the Nuggets and I really don't like LeBron, but I was hoping that they'd pull one out to get us a bit closer to the Nuggets.  No such luck as Carmelo was just filthy.  He had 40/6/7 on the night including the game-winner in OT.

It's not often, in fact it doesn't happen at all, that night like LeBron's gets overshadowed.  43 points, 15 assists, 13 rebounds, 4 blocks, and 2 steals.  A. Maz. Ing.  And yet because they lost and because of Melo, this line won't quite have the same impact.

I didn't watch the whole game, but this was the closest that I've seen from the 80s and 90s years when stars would go head to head.  Maybe a James vs. Anthony remake of Jordan vs  Bird?  Of course they're more popular with their first names so it would have to be LeBron vs. Carmelo.  Maybe then we'd see James in the dunk contest?

It sucked to see Denver win, but I don't think it will ever get old seeing LeBron pout off the court.  The Cavs last loss?  That would be to Mr. Sundiata Gaines.

How did the Cavs fans react?

More blame?  How about the love of the three point line.  LeBron was 1-9 behind the arc, including a 3 at the buzzer that would have won the game.  As a team, the Cavaliers went 7-22 from deep.  30% from three point land to go with 57% from the free throw line will usually equal a loss when playing a top-notch opponent.  Still, the Cavaliers took the Nuggets to Overtime, and still, it took a great shot by Carmelo Anthony, in what was likely his best overall game, to beat the Cavaliers.  I'll take that.

From the Stiff point of view,

Having watched every single Nuggets/Cavaliers game during the Carmelo Anthony/LeBron James Era, this was hands down the best of the bunch.  We as NBA fans were privileged to witness an exceptional duel between two great teams led by their two great super stars.  And we as Nuggets fans were even more privileged to witness a remarkable Nuggets victory.

Simply put, Melo and LeBron were spectacular tonight.  While the Nuggets and Cavaliers have had some good contests over the years with these two in the league, rarely do both players play so exceptionally well against each other.  LeBron's 43/13/15 game can be matched only by a performance by "Pistol" Pete Maravich...in 1974!  And Melo proved once again why he might be the best clutch shooter in the NBA.

So even though we got to see the LeBron face, I'm still going with this face, 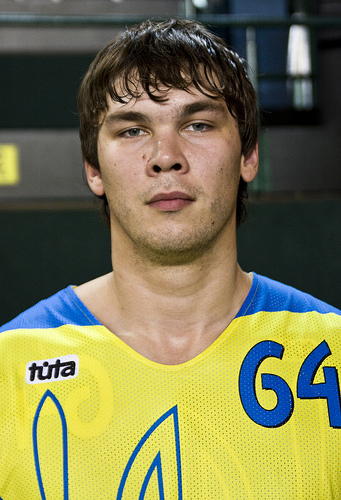 FESS is not pleased.

If this it the type of game that we could see in the finals, you don't want any part of it.  After a pretty solid three quarters, the teams combined for just 28 points in the fourth quarter.

Things were going along smoothly, LA had even pulled ahead by 4, 84-80 after a Bynum dunk with a little over 7 minutes left in the game. If you're observant, you'll have noticed that in the sub headline, the Lakers only scored 86 points.

Fortunately for us, the Lakers just stopped scoring after that point.  For the next 5 minutes, they wouldn't get a point, not even a free throw.  They didn't score again until a layup by Odom with 2:29 left.

As for Boston, they weren't much better as they scored just 7 points in that time frame, but it was enough.  After that Bynum layup, both teams decided to just call it a game then because it was becoming just too hard to play basketball.  Instead, they put in some NBA Cares hours and donated a few dozen bricks for those in need.

Like I stated before, we're still not likely to catch the Lakers, but even if we were rotting on the floor of the Western Conference, you can still enjoy a Lakers loss.

A few notes from CelticsBlog,

Every win against the Lakers is a good win.  I mean, the Lakers didn't have Kobe, but we didn't have House, Giddens, or Walker, so that's pretty much a wash right?

And the other side from Silver Screen and Roll,

I'm trying to sit here and explain to the world why this game doesn't matter. There's a decent argument to be made to that effect, and I'd love to convince myself of it. It's only one game out of 82. The probability is slim that it'll matter in any kind of race for home-court advantage. The outcome, a one-point loss suffered without Kobe Bryant at the hands of a desperate, elite opponent, probably says better things about the Lakers than it does the Celtics. All those statements are more or less correct and hold up to some analytical pounding.

But... come on. I'm not made of stone. No one's that coldly analytical. I wanted this one. It's the Celtics, man. Staples was rocking tonight, and I got sucked in, especially with the great Laker comeback in the fourth quarter. And with Cleveland stumbling earlier in the night, allowing an opportunity to make up crucial ground? I wanted this one badly. 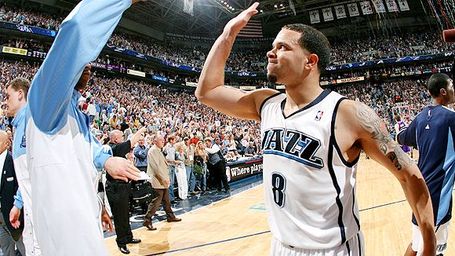