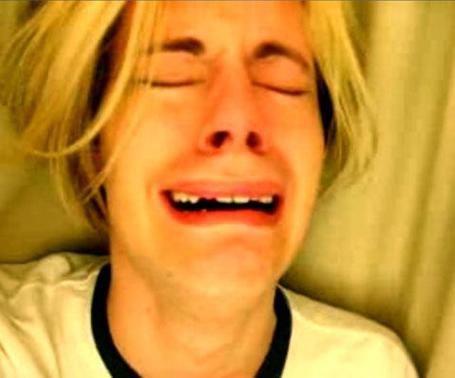 I am going to get a lot of backlash for writing this post.  I already know that.  But it happened a year ago when I wrote a similar post in favor of none other than Carlos Boozer.  In support of Carlos Boozer.  I know...I was surprised too.  But I ask all Jazz fans to just please stop it.  Stop it with the CJ Miles hatred.  I have a lot to learn as a Jazz fan, because I have voiced my displeasure with Carlos Boozer all over the blogosphere and looking back, there were much better ways to go about talking about his play and importance, or in my case, replaceability on the Jazz.  But allow me to make a case that will hopefully allow all of us to become better Jazz fans and consumers, myself very much included.

I was thinking about writing this post before CJ posted this on his twitter account.  Now it is just affirmed in my mind that something needs to be said.  We live in an age where we can convey information in a matter of seconds.  To further my point, I am currently getting minute by the minute updates on my twitter account, while having a live chat with an ESPN NBA analyst.  Even 18 months ago this would have been difficult, if not impossible.  Go read some Jazz fan blogs or "tweets" sometime and see for yourself.  They are, as a rule, negative 80% of the time.  Again, I am a perpetrator at times of this problem.  We are still devoid of a title and it's super frustrating, because this might not be our year either.  But we root for a team that has won 18 of 21 games and yet we feel slighted, or at least like this team isn't good enough.  We win 90-82 over someone, and you will read 10 blogs about how the Jazz offense has disappeared and they need to get their act together.  Korver has a monster game with 20 points and 5 three pointers, you can guarantee you will see Jazzfan comments that say Jerry Sloan is an idiot for not playing Korver enough.  Jazzfans always need a reason that the team isn't going to win the championship.  They always need a scapegoat.

In previous years the scapegoat has been Ronnie Brewer.  Or maybe Kevin O' Connor.  Or the Jazz's lack of interior defense.  Mehmet Okur, please step up to the scapegoat ring.  But lately, CJ miles is the scapegoat.  And it isn't fair or necessary.  Maybe there doesn't need to be so much fault-finding.  Don't get me wrong.  I am not calling for Jazz fans to become the Care Bears or anything.  One of the greatest things journalism, or in this case social media, has always done is allow for change to happen through appropriate criticism.  I strongly encourage Jazz fans to continue to voice their opinions.  Blog, comment, hiss and boo, but remember that there is a line that can be crossed and probably shouldn't be.

With twitter and facebook and NBA players and stars being more willing to connect with their general fans, our words can get to the core and be more than just vocal frustration.  I don't want to bring any more attention to the twittersation (that word will catch on soon) between CJ and this frustrated fan who directly told him that he "was sucking" and needed to focus on basketball more and not rap as much, but I feel I need to make a point.  Look at the last thing that fan told CJ.  She wrote that she felt bad and that she was just frustrated.  Regret.  Think about that.  Do you really want the players on your favorite teams to hear how much you disapprove of their play?  Would that lead to good things?

I'm not trying to be holier-than-thou, but think about why you write the critical things you do.  I would say that 80% of the reason is because you are emotional and frustrated with something about the Jazz.  That's fine and I completely understand.  I have written loads of posts right after being frustrated by a Jazz performance or lack thereof.  It's natural.  But I encourage you to think about a few things.  One of them being this: Why is everyone so down on CJ Miles in the first place?

The guy is in the middle of a bad shooting slump.  I won't deny that.  But he isn't costing the team games right now.  He missed two critical free throws against Atlanta the other night.  That was bad.  But he has won a bunch of games for us recently.  To save my word count, I will refer you here for a more in depth look into what I mean.  CJ has grown into a better player.  Maybe he isn't the player we all wish he was, but he is improving and I think that's all you can ask for.  And I stress again: he isn't the reason that the Jazz have lost 3 games in the last 21.  And if the Jazz fall short of the title, CJ won't be the reason.

In closing, I would like to bring up one more thing: karma.  I believe in karma.  If you do good, good things will eventually happen to you.  There are obviously tons of arguments to be made against this theory, but this post isn't meant to discuss ethics and religion and life after death or anything of the sort.  But karma can act quickly.  When Derek Fisher weaseled his way out of Utah (yes, I believe he wanted out of Utah and manipulated the situation to his favor), Jazz fans were livid.  They said mean things about Derek Fisher.  They booed him incessantly when he played again at the ESA.  And Karma acted.  Is it a coincidence that the Jazz have suffered season ending losses to the Lakers the last two seasons?  Maybe.  And Karma got back at Derek Fisher by allowing him to win the title last year.  Oh wait.  What I mean to say, is that when the Lakers don't win the title this year, guess who is going to get most of the blame?  Yep.  And the Jazz organization will be rewarded at some point for their better than a class act move to allow Derek Fisher out of his contract.  I believe that reward will come sometime in June and will deal with ping pong balls.  If you are constantly negative, negative things will tend to hang around you.  Trust me.  I have seen this principle manifest in friends and coworkers.

It is almost always better to give people the benefit of the doubt.  Encourage as much as you belittle and most importantly, remember that we live in a time period when players might hear or read the things you say about them.  And it might hurt.  And I can promise you that a stack of cash doesn't always make below the belt criticism hurt any less.  And for the record, we're pulling for you CJ.  Keep at em.  And let's get that title we have all been waiting for.  Go Jazz.