It all makes sense now.  Sundiata Gaines' shot put the Jazz in a parallel timeline.  Thanks LOST!

Thanks to moni for the fanshot on this.  I hadn't seen it yet.  Jody Genessy from the DesNews goes over my all-time Jazz team based on the LOST numbers.

I couldn't find anything where Paul Grant wore #16 though.  According to what I have he wore #45.  And I don't remember him at all for playing just 6 years ago. 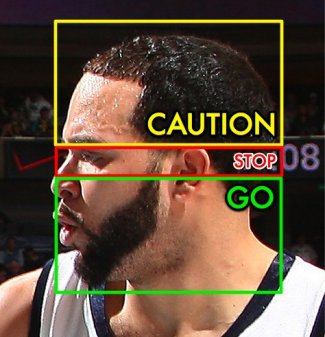 Confused?  Click on through for an explanation.  It is a bit off though.

Tonight's game against Portland is at 7 and not 8:30.  We got dropped from ESPN.  Good thing.  I hate writing recaps at 1:30 in the morning.

What is it about the first of the calendar year that makes the Jazz play well?  Take a look at the last four seasons. These months are cherry picked for their best records.  But sometime between January and March each year they go on a huge run.

Why does it take two months for a team that's been together for a while now to start winning?  They've had various degrees of success to start the season as well.  But they seem to peak too early.  I guess that's my biggest fear about this recent run.  How long can they keep it up?  I'm not expecting them to win out of course, but are the wheels going to come off if they lose a couple in a row?