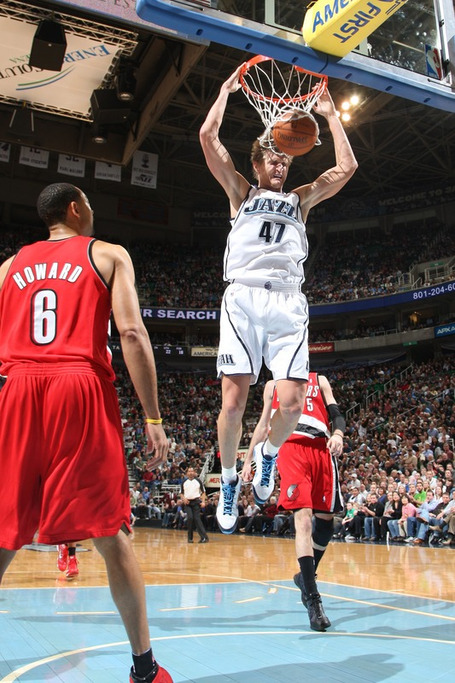 Glad moni got a screenshot of this, I couldn't. Priceless. Click through for her Deron's bald spot observation. 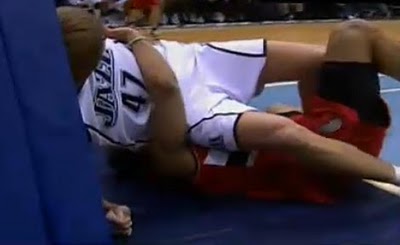 It's a great time to be Deron Williams. He's going to be going to his first All-star game in his hometown of Dallas and playing in front of one of the biggest crowds in NBA history. He's going to be doing the got milk? campaign with Billups which will bring him more national exposure.

The best part of course is that the team is winning and winning in convincing fashion. He's trusting his teammates which has to feel good stress-wise. He always seemed a bit tense out there.

For fans, at least for paranoid fans like me, him getting to the All-star game and getting some exposure helps quell my fears that he would want to leave for a bigger city and recognition. Hopefully he will see that he can be huge and still be in Utah.

Boozer is set to return on Saturday against the Nuggets. I hope nobody is worried that we have a repeat of last year when he returned from injury. The Jazz were cruising with him before he got hurt and I imagine things will be as if he never left.

Millsap seems to be fine with coming off the bench and he's getting a lot of minutes despite that. Like I've stated before, I think Sloan is putting everyone in the right spots to succeed. And when you're winning, it's a lot easier to take if you get less time one night.

Simple poll. Do you want Boozer back next year?