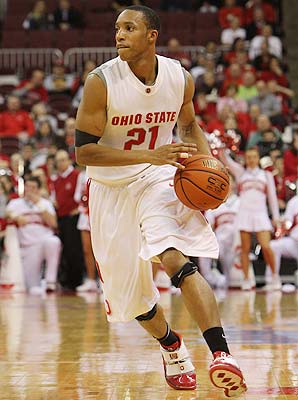 We will have plenty of time to talk about this guy later.

We are sort of coasting into the end of the regular season and at this point, all we can do is hope that our team doesn't limp their collective way to the finish line.  In a couple of months we will have a lot to talk about including the playoffs and who the Jazz should draft with the number one overall pick.  But right now there isn't much to talk about other than x's and o's and the occasional great game or big letdown to an inferior team.

So let's talk about the impending offseason for a bit, not because we are casting the season aside, but because there really isn't anything sexier to discuss.  Today's topic is the impending free agency of Carlos Boozer and why Jazz fans just need to start getting used to the fact that Carlos Boozer is making his last run in a Jazz uniform.

There are two reasons that Carlos Boozer is moving on this summer and number one is really all you need to know.

I don't want to go into the ins and outs of the cap, but this year the salary cap came in at $57.7 million.  Next season it will most likely drop again, so let's just give a round number and even be conservative and guess that the cap comes in at $58 million next season.   There are currently 10 teams that will have enough cap space to make a max contract offer to a free agent.  There are four teams that could hypothetically sign two max players.  And by my count, at least 7 of those 10 teams need a good low post player.  If you look at the list of top free agents, Carlos Boozer is probably the top unrestricted free agent.  And if guys like Lebron, Wade and Bosh stick with their current teams, you are looking at 7-10 teams that will have tons of cap space and no big name to bring back.  At that point, someone is going to offer Boozer max or near-max money.  For instance, if the Knicks miss out on Bosh and Wade and Lebron, you can't tell me that they will not turn and offer oversized contracts to both Joe Johnson and Carlos Boozer to quiet the riot that will be building around Madison Square Garden.  And this, my friends, is the number one and really only reason you need. to know that Carlos Boozer isn't going to be sticking around the Utah Jazz after this season.

But in the event that I am totally wrong and Carlos Boozer finds the offseason offers drier than he expected for the second offseason in a row...

#2- The Jazz can't afford to pay Carlos Boozer more than about $30 million over 3 years, even if they kept him-

Take a look at the Utah Jazz payroll.  With salaries only committed to 7 Utah Jazz players next season, the organization owes about $55 million.  Even if the Jazz re-signed Carlos Boozer at his same current contract, the Jazz would then have 8 players signed and be right up against the tax again for the second straight season.  Now you can just say, "if the Jazz are committed to winning, they will just go for it and pay the tax again" and many Jazz fans will in the next several months.  This isn't Monopoly money, folks.  And even if the Jazz go that route, they will be giving away contracts and replacing them with minimum players all season just like this year.  And if Boozer came back at the same contract, you can say goodbye to Wesley Matthews and Kyle Korver, the teams' other free agents.  Do you still think the Jazz could and should resign Carlos Boozer?  If not, here are some other things to consider.

We can whine and complain about Mehmet Okur's contract extension that now gets in the way a bit of the Jazz's finances, but what's done is done.  And at the time, I completely understood the Okur extension.  He was coming off a great season with Boozer out with an injury, the Jazz were moving on without Boozer, assuming he would opt out and the Jazz needed big men.  But the Jazz can't void that contract.  And they aren't going to be able to dump his salary on someone.  Okur is here next season.  As for Andrei Kirilenko, his contract is a bear.  But when he plays like he has played for the last couple of months, he is almost worth his contract.  And we could argue all day about whether or not AK or Boozer is more needed on this team next year, but bottom line, Andrei Kirilenko said he would stick around Utah for a lot less money and he is the same age as Carlos Boozer.  In the future, the Jazz are going to be able to keep Andrei for a lot less change and he only has one more season worth of minutes on his body.  If their impact is a wash, AK is the more financially feasible answer.

Say what you want about Paul Millsap and you can talk about how much better Carlos Boozer is and blah, blah, blah; Millsap will get paid just over $6 million to play basketball next season.  Go look at the salaries for all starting Power Forwards.  Here are the list of power forwards I could find that are comparable to Paul Millsap that will have lower salaries next season:

So essentially, Paul Millsap has the 3rd best contract of any power forward in the league that isn't on his rookie contract, if you are looking at value.  You can say whatever you want about Paul Millsap and how he isn't starting power forward material, but the truth is that Millsap average 16-10-3 last season as a starter shooting 54% from the field.  This season he is averaging 18 and 9 as a starting power forward.  None of those guys on the list up above can best that.  So you can complain all you want about how Millsap isn't a starter and he can't do what Boozer can do, but the guy is a starter and he is going to make literally half the salary that Boozer made this season.  And every team that wants to vie for championships has to have good value in their contracts unless they are the Lakers, The Cavs, The Celtics or The Magic.  And even those teams rely heavily on veterans that will play for minimum pay to have a chance to win a title.  If you really want the Jazz to win a championship, they absolutely need to have guys who produce bigger than their contract.  Carlos Boozer would have a much harder time doing this if he were being paid $12 million a year.

If the Jazz didn't resign Carlos Boozer, they would have some money to pursue a big man free agent

This is clearly hypothetical, but look at the guys that the Jazz could have to pair with Millsap and Okur at around $6 million.  So Player X + Millsap = Boozer's salary.

The Jazz would want any of these players except for one and they could afford them if Boozer's contract is off the books.