It's easy to look back on now but there have been some pretty good draft classes since Stockton and Malone retired in 2003.  What if the Jazz had been picking in the top 10 from 2004-2008?  That's a lot of years of rebuilding but the Jazz could possibly have received a couple of big names over that time.

I'm also not talking about tanking for the sake of getting good draft picks; we know that would never happen with a LHM/Sloan team. I'm talking about building through the draft and working that way.  I guess the biggest problem with that would be that the Jazz would never play poorly enough to get into the top ten every year.  When they did land a lotto pick in 2005, it was because of injuries.

So would you rather have built through the draft?  Like I said, it's easy to look back on now and decide.

So what will become of the Jazzbot with the new logo changes?  Will he go the way of Jeeves or just get a makeover?  Also, I've never made the connection between Jazzbot and the Autobot Jazz until I did a Google image search.  Maybe a showdown is in order? 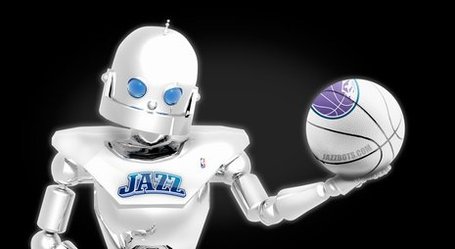 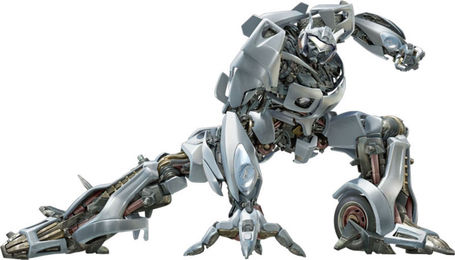 Great collection of Deron's dunks this seasons even if the background music gets on you.

52 people so far have signed up for the SLC Dunk FB page.  Not bad for the first day.  Thanks all.