Surprising stat of the day...  I was looking up Deron's assist percentage (the % of the team's assists while he's on the floor) on basketball-reference trying to find a correlation between wins/losses, etc.

After the point guards, do you know who had the highest assist percentage?  It's Carlos Boozer with 15%.  It's been that way for the past several years with the exception of 1.  It also has to do with him getting as many touches as he does.  I would have thought AK would have been the next highest after the guards.  Andrei is right up there.

The other surprising stat is that back in the Hornacek years, he was up over 20%.  The past few years our wing players haven't some close to that.

Dock me two Jazz fan points if you'd like but if you can tell me who either of these two players are, you just might be the greatest Jazz fan alive.  I don't remember them at all.

Unless you already read his blog, I don't know if you would guess whose birthday cake this is, 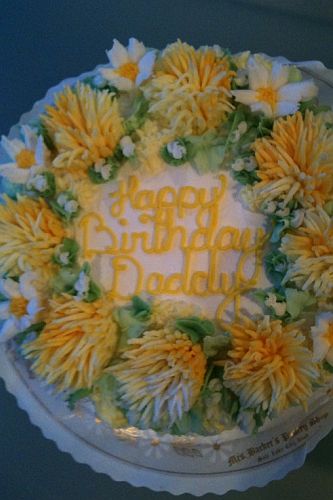 So if they ever do a movie on the Korver brothers, which they could, would they get Ashton Kutcher to play all three roles?  I mean, we should be able to at least to get a Lifetime special out of them.

There's no doubt that a large part of that movie would be about the family's charity work.  Kyle is the cash cow behind their work while the brothers do the work such as building wheelchair ramps and roofs.

Kyle's charity will continue regardless where he ends up this summer.  I wonder how much this plays into his FA plans.

Have a great long weekend and thanks for continuing to read SLC Dunk.  If you're not in the US, tell your employer that Monday is an official SLC Dunk holiday and that you'll need the day off. There may or may not be a DB on Monday.  I'm leaning towards the former though.