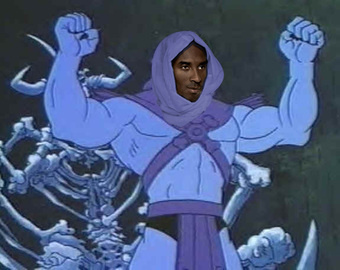 So here goes the season.

It's no secret that if the Jazz are going to have a shot at getting back into this series that they're going to have to win tonight. If you're looking at the past for results, then you're in luck.

Though the Jazz have been ousted by the Lakers the last two years, they have won game three in 2008 and 2009. Both of those games were close but the Jazz were able to pull it out in the fourth quarter. In 2008 the Jazz also won game 4 and almost stole game 5. In 2009, they lost game 4 and 5.

So what are we going to see tonight? First, we're at the ESA where the crowd will give this team a boost and an advantage, even if we have to hear the scattering cheers from Laker fans. I would like to see the tickets printed for tonight to have some small print on them where the holder gives his eternal fan soul to the Jazz and forsake LA.

So what's it going to take to win tonight? First, it's going to be defense. The Jazz haven't been playing that badly on offense it's been slowing down LA that has been the problem. In those game threes the past two years, the Lakers shot under 50% in both of those with them shooting just 36% in last year's game three. Gasol and Odom got theirs but nobody else shot the ball well at all. The Jazz weren't exactly an offensive juggernaut themselves and had to win it with a Deron Williams' jumper over Fisher to win it. Even then, we had to hold our breath on a Kobe Bryant heave at the buzzer.

Second, it looks like Deron is going to try to mix things up a bit,

"You don't want to take quick shots against this team, so I try to run the offense," Williams explained. "But I'm going to have to break some plays and kind of freelance like I did in the first series."

He should get some more calls at home because he sure didn't get any in LA. We've all stated that he needs to go into takeover mode for the Jazz to have a chance in this series. He's capable of taking over but not at the expense of the team or the system.

Finally, and this should be sending shivers down your spine, AK is back. And according to Siler, he's not just back, but could be back in a big way,

Jazz folks are quietly saying Andrei Kirilenko has looked great in practice/shootaround the last three days.less than a minute ago via txt

Kirilenko may be playing more than people expect tonight.less than a minute ago via txt

Andrei will come off the bench with Millsap. At the very least AK gives our bench some depth. At the most he is a game-changer that can help with D on drives and help counter the length of the Lakers.

If he's coming off the bench, I'm eager to see how he helps the second team move the ball and keep the Lakers off the offensive boards.

Like I've stated to start the series, the Jazz need to have a near-perfect game to beat LA and that comes on both sides of the ball.

If we see the DWill of the Denver series coupled with a handful more defensive stops, the Jazz are going to be able to pull out a win tonight.