How the Draft Will Shake Down...Maybe...Probably

Share All sharing options for: How the Draft Will Shake Down...Maybe...Probably 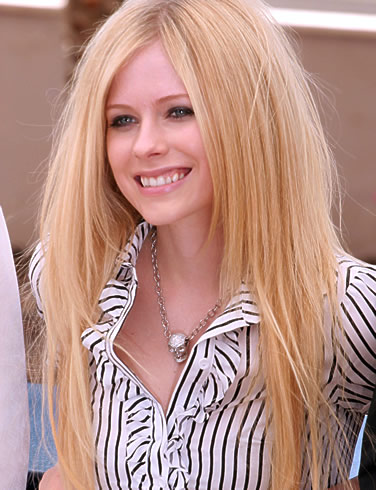 I think David Bowie from Labryinth, I mean, Avril Lavigne, said it best in her song: "Why'd you have to go and make things so complicated."

Many NBA experts think this is a very hard draft to project. I agree and disagree. It is difficult to figure out exactly which team is taking which player, but in my mind, it is easy to see which players are going in what area. Obviously I could be wrong, but if you are a Jazz fan, all you are wondering is "which players are going to be there when the 9th pick rolls around?" Well here is the answer....sort of.

#1 -Washington Wizards- Can we all agree that the Wizards are going to take John Wall? Wait, wait...104.9 The Horn out of Austin is reporting that the Wizards are going to take Dexter Pittman out of Texas with the number one overall pick. That's a surprise. Wow. i really thought that John Wall would get picked there. Wait. What? Oh, 104.9 The Horn apologizes, but apparently Dexter Pittman's little brother had access to The Horn's twitter account and shouldn't have. Sorry Cougar fans.

#2 Philadelphia 76ers- It is really hard to figure out which way the 76ers are looking. Are they going to draft Evan Turner or Derrick Favors? You know what it really doesn't matter. Neither guy is falling to number four. Say that Jessica Alba and Sienna Miller need a date and TheShums and I need to take them out. Who should I take? It doesn't matter. I'll take whichever one TheShums doesn't want. If he wants neither one, then his GM is inept. Or I'm taking both. Either way, Favors or Turner aren't available for the Wolves.

#3 New Jersey Nets- Prokhorov is taking Sienna Miller. You figure out what that means.

#4 Minnesota Timberwolves- I agree. This is where the draft gets interesting. It's hard to figure out who the Timberwolves are going to draft. But it's going to be either Wesley Johnson or Demarcus Cousins. But it will most likely be Johnson. And then David Kahn will still offer Rudy Gay a max contract. What the h will he be thinking?

#5 Sacramento Kings- I guess if the T-Wolves go with Cousins, the Kings could go with Johnson or Greg Monroe. If Minnesota takes Johnson, then the Kings take either Cousins or Monroe. Are you lost yet? Don't be.

#6 Golden State- A week ago, it was easy to predict what the Warriors would do. But they are apparently interested in Xavier Henry and he believes the Warriors will draft him. But the warriors need size so desperately and drafting a guard would take away all of their leverage in trading Monta Ellis, so I would be SHOCKED with a capital S if the Warriors drafted Henry. I would also be super depressed. But the Warriors are drafting one of these players: Whoever is left of Greg Monroe/ Cousins/ Wes Johnson, or Aminu, or Henry. Those are your options. If they draft any other player, then Don Nelson will have inappropriate access to the Warriors' drafting account.

#7 Detroit Pistons- Joe Dumars is taking the best big man available, so he makes things easier. He may even try to draft Darko Milicic again. Sorry Piston fans. Cousins, Monroe, Aminu or Davis goes off the board here. But if you are keeping count at home: Wall, Turner, Favors, Johnson, Monroe, and Cousins are off the board in every scenario. None of these guys are falling to the Jazz at 9. That is the gospel truth. Aminu or Ed Davis is also probably off the board. Which makes the draft even more interesting.

#8 Los Angeles Clippers- If you have any idea of what the Clippers are doing, you are wrong. And I am not just talking about the draft. I am speaking in general. The Clippers are drafting one of these players: Aminu, Davis, Henry, Gordon Hayward, Cole Aldrich, Luke Babbitt, Paul George, or Brian Zoubek. Sorry, but the Clippers are so hard to guage.

Which brings us to the Jazz. I repeat: Wall, Turner, Favors, Johnson, Cousins, and Monroe will not be available at 9 under any circumstances. If anyone tells you otherwise, they are wrong, or else they are 104.9 The Horn's twitter account and cannot be trusted.

So here is a breakdown of any player that might be available, their chances of being around and my feelings on them.

Al Farouq-Aminu (17.6% chance of being around) Drafting Aminu would make me 8 out of 10 happy.

I like Al-Farouq Aminu. He is a fantastic rebounder, which makes him a valuable commodity. He is long, athletic and tenacious. He also has no outside jumper and can't create his own shot. He is a poor man's Andrei Kirilenko, but only because he is young. He could help the Jazz the same way AK helps the Jazz, with his length and athleticism, but he would also hurt the Jazz the same way AK does. Lack of outside shooting. Drafting Aminu would make AK a little more expendable, but the Jazz could also play some fantastic small ball with Aminu, AK and Millsap together. That lineup would create big problems for 70% of the league.

Xavier Henry (43.8% chance of being available) Drafting Henry would make me 10 out of 10 happy.

Seriously, Henry is the Jazz's best case scenario. I would actually draft Henry over Greg Monroe if both were available. I am alone in this, I already know. Henry has more potential to be an all-around player than Monroe does. He is strong and has long, long arms. He is 7 inches shorter than Monroe, but his arms are only 4 inches shorter. It matters, trust me. Henry also shows more tenacity than many of his fellow draftees. You think Matthews wants to succeed? Henry and Matthews would push each other to new heights battling for playing time at the 2 spot. Did I mention that he will shoot close to or above 40% from the 3 point line next season. I'm huge on Xavier Henry. I would take him over Evan Turner. Not that he is better, but because he fits better with the Jazz. For instance, would you rather have Jeff Hornacek in his prime or Brandon Roy on the Jazz? Whatever you choose, you had to think about it. How about Ray Allen or Brandon Roy? Okay, enough Henry love. I'm afraid the Clippers are going to draft him anyway.

Ed Davis (62% chance of being available) Drafting Davis would make me 8 out of 10 happy.

Davis is tall and has lots of potential. He is also a very good rebounder and shot 58% from the field. That is nothing to throw a brick threw someone's window about. People make excuses for Derrick Favors' pedestrian numbers due to poor guard play. The same can be said for Davis. My issues: he is slight and unless he beefs up a little bit, he will be injury prone. But he is long and athletic and has tremendous upside. He will be able to contribute in the rotation at worst, but the Jazz would rather draft starters or guys who can contribute right away with the 9th pick.

I am more positive about Aldrich than most Jazz fans. Even if he is the second coming of Greg Ostertag, the Jazz could use the young Greg Ostertag on their team. Jazz fans forget that double oh was really effective in his first several seasons. It wasn't his fault that the Jazz overpaid him. In fact, it was Ostertag that singlehandedly propelled the Jazz past the Houston Rockets and into the NBA finals. He was able to guard "The Dream" one on one and limited Houston's open 3 pointers. Aldrich would be at least as good as Ostertag. The Jazz could do a lot worse.

I like Babbitt. I think he is freakishly athletic and has a great jumper. But I think he will struggle to defend in the NBA. I really do. And I think he will appear less athletic and freakish against the other small forwards in the league. I like him. I really do. But at the ninth pick, I think you would like to see more value. He will be like Chase Budinger. He might contribute and sometimes will make you stand up and say "wow," but you would love a player that contributes more consistently with the 9th pick.

Gordon Hayward (96.5% chance of being available) Drafting Hayward would make me 5.4 out of 10 happy.

Take everything I said about Babbitt and apply it to Hayward. Babbitt is a better shooter and more athletic, but Hayward has more intangibles and is a proven winner. So they are just about even for me.

Ekpe Udoh (99% chance of being available) Drafting Udoh would make me 5.8 out of 10 happy.

I like Ekpe Udoh. He is older, but I think he could contribute and give depth to the rotation. And he has long arms, so maybe he could alter a shot or two. But he is a fringe contributor in the NBA. I only put him on this list, because he is a surer thing than the remaining big men, who are rumored to be considered by the Jazz with the 9th pick.

I don't think anyone else is worthy of the number 9 pick. I really don't. If the Jazz aren't satisfied with who is available at number nine, I think they should try to trade down and acquire more picks. Or else I think they should trade the 9th pick to Denver for Ty Lawson. I am 100% serious. I would love for Lawson to be on the Jazz. Even if he called Salt Lake City boring. We could really use a great backup point guard and an heir apparent for Deron Williams. Trading our pick for Ty Lawson would make me 6 out of 10 happy.