Al Jefferson described his move from Minnesota to Utah as going from a Toyota to a Bentley.  Before you go thinking that's a little over the top, believe me, Al knows cars.  Check out this beaut of his (via rides-mag.com), 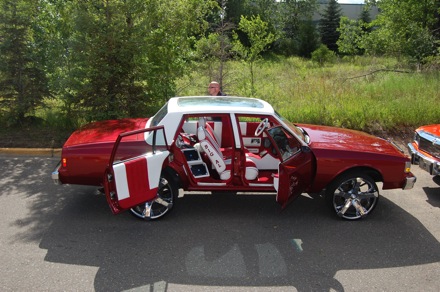 The custom Big Al stitching is nice.  Also notice how there's not backseat and the front seat goes all the way back.  So if Minny is a Toyota and Utah is a Bentley, what team does this car represent?

From b-r.com via @saltcityhoops.  Who were the best offensive players against above average defenses?  Here's the top five of those that get >23% of the touches against those defenses, 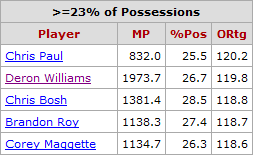 And look who shows up amongst those that get  18-23% of the team's touches, 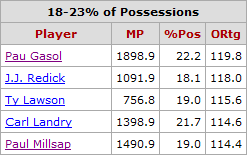 What does it all mean, Basil?
Offensive rating is the points produced per 100 possessions.  So if you're looking for players that step up their offensive game against the better defensive teams in the league, here's your list.  B-R also compares the numbers using other factors and Deron is right there.

Just when I was about to write that there had been nary a word on Fesenko for a while, low and behold, Juan B tipped me off to HoopsHype who had linked to this story about a Spanish club being interested in big Fess.  Though he's a restricted free agent here, I believe he's free to sign with another league.

A couple of advantages for Fess is that he would be back in Europe and he might get more playing time.  I love the Google translate that uses "heating the bench."

Jeremy Evans is already on his whirlwind tour of UT/ID/AZ, and WY for the Jr. Jazz.  He'll be making over 40 stops over about a three-week period.  That's quite a commitment for someone who only at this point has a non-guaranteed contract.  I guess you can look at it as a summer internship.

It's good work though.  If anyone is going to be at any one of the locations, I would love to see a pic in a FanShot.

It looks like the KOOF may be staying in Minnesota.  Yesterday Kahn traded Ramon Sessions and center Ryan Hollins to the Cavs for Delonte West and Sebastian Telfair.  If there was a spot where they could dump the KOOF, that might have been it.  The Cavs needed a center and could have brought back the home-town kid.

Instead, the KOOF has a little less competition in Minny now with Hollins out but will probably find himself in a similar situation as he was in Utah.