Capitalism at its Best

Share All sharing options for: Capitalism at its Best

Boozer got some money. Now the Jazz has some money. Many Jazz fans will tell you that the Jazz lost out big time in losing Boozer. Now that we know the Jazz acquired a circa $13 million dollar trade exception, the skies are a little bit sunnier. But the future outlook of the Jazz financially was just pulled from the clutches of the swirling undertoe of fiscal irresponsibility when Chicago signed Carlos Boozer. JazzMoney wrote a nice piece where he explains the feelings of many Jazz fans who feel that losing Boozer will make the Jazz much worse. JazzMoney calls it "taking a step back." My feeling: that may be true, but It's better to take a step back than fall of the cliff. 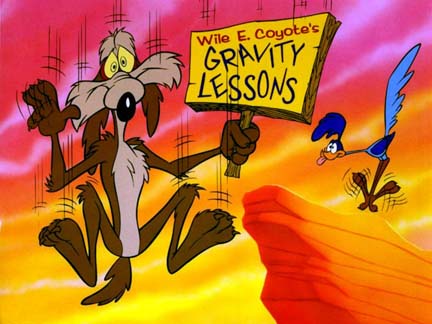 Parallel Universe where the Jazz decide to match Chicago's offer

Let me just paint you a scenario: Lets say the Jazz have just signed Carlos Boozer to a 5 year, $75 million deal. That would have put the Jazz payroll at about $72 million, already $2 million into luxury tax without even addressing Wesley Matthews. And the Jazz would still need to sign 5 more players. Talk about dumpster diving. All of those 5 players would be minimum salary players. And I don't think the Jazz would be able to re-sign Wesley Matthews. So you are now $4-6 million in the red, more expensive than last year's team and you are returning the same team minus Matthews, Korver and adding Hayward and 5 minimum players. Thomas Gardner, Othyus Jeffers or Ronnie Price is your starting shooting guard. And your team is more expensive than this last year's team.

So what are the Jazz doing all season to cut salary? Well, they are giving away good players a la Eric Maynor. No other teams will take the crappy players and contracts you have. Millsap is given to the New Jersey Nets, possibly. That gets us just below the luxury tax line, but we are finding that we are fairly thin and Gordon Hayward is having to play 30 minutes a night because AK is playing all the backup 4 minutes. And the Jazz could cut payroll by trading AK, but they are taking back at least a $10 million contract that lasts past this season. Let's say they trade AK to Toronto for Hedo Turkoglu's $10 millon and Reggie Evans $5 million expiring contract. They cut $3 million this year, but the taxman will still be around the following season.

2011 is just as bad. Let's say AK's contract just comes off the books. The Jazz can finally go get that center they need to put next to Carlos, right? Wrong. With Carlos' $14 million on the books, the Jazz are just a whisker underneath the salary cap again. Right where they are this season without Carlos. They would still only have the Mid-level Exception to use and that would net them....maybe Erick Dampier. If they traded AK the season before for financial relief, you can add Hedo Turkoglu's $10 million, putting the Jazz at the Luxury Tax threshold again. I'm just being honest. The Jazz would be hovering at or over the cap for the next 5 years and it would be nearly impossible to pick up that "defensive-minded center" that would go so well with Carlos Boozer. In fact, it would be impossible. It's the truth. This is why paying Carlos Boozer the money that he got in Chicago would completely handcuff the Jazz. Chicago did us a big favor.

The Jazz's financial situaiton in reality

The Jazz now have about $56 million tied up with 8 players. I'm guessing that the Jazz will bring back Kyrylo Fesenko for about $2 million (a liberal estimate) and Matthews at about $4 million (another liberal estimate). So the Jazz are now at $62 or $63 million dollars. They are $7 million under the luxury tax and they still need 3 players. Those 3 players may be 3 minimum salary guys from the summer league team, but it keeps the Jazz well underneath the luxury tax without having to give away anyone. And the two trade exceptions from the Harpring and Brewer trades are still in play. For more info on a trade exception, see Yucca Man's latest post. Any player under $8 million who a team needs to dump to save money is in play for the Jazz until the trade deadline. That's intriguing to me. Maybe not to you. That trade exception isn't getting used at all if the Jazz have to resign Boozer.

By now you may be thinking, "this is all great. We saved a few million dollars, but we are still worse without Boozer and we aren't getting any better in 2011 with the extra money. Tell me a player that is better than Boozer that we can get." And I would somewhat agree with you, if this is your stance. Newsflash: there is a chance that the Jazz might not be as good in 2010-2011 without Carlos Boozer. It isn't as much of losing an all-star as it is about losing depth. But after this upcoming season, the Jazz are probably going to have $12-15 million to spend under the cap. I estimate this by taking off AK's contract and adding roughly 5-6 million in new contracts that will be signed this year.

First of all, there is going to be a pending lockout. Having cap space is going to be like having a gold mine. No matter what the outcome of the lockout, teams are going to need to cut salary. At least some teams. If there is a hard cap (don't count on this when small market teams wish for it) then teams with cap space will be the beneficiaries. I don't want to prognosticate too much into the new CBA, because it really is guess work at this point, but I just want to make the point that it will be much better to be under the cap than over it. The Jazz will be.

But glossing over the free agent list doesn't make too many Jazz fans salivate. Carmelo Anthony is the only big name and he is signing a longer deal with Denver or else he's heading to New York. But look at some other names: Kendrick Perkins is unrestricted and Boston might be blowing that team up. Tyson Chandler could certainly help the Jazz, especially at a price tag of $7 million a year, that he would likely command. Shane Battier: He was destined to play for the Jazz and would be great on the court and in the locker room. Tim Duncan would be unattainable, but it would still be fun to make a run at him.

But few people talk about the restricted free agents of 2011. I'm looking specifically at four guys: Al Horford, Joakim Noah, Marc Gasol, and Greg Oden. They are restricted, so their teams could match, but do you think any of these teams would match $10-12 million deals? Could Atlanta after paying Joe Johnson double what he's worth? The Grizzlies might have a hard time keeping Gasol when they just paid Rudy Gay max money and OJ Mayo's payday would be up the following year. The Bulls are going to be facing financial decisions in 2011, especially if they use all their cap space this summer. If it were between keeping Derrick Rose and Noah, who do you think Chicago would choose? And Greg Oden: Jazz could pay Portland back and possibly fill a need in one move.

These are completely speculatory and I'm just thinking out loud, but the chance to get one of these guys is fairly plausible in my mind. An upgrade at center would be very possible.

Ak's situation after this year is tricky, but he could certainly help

Ak's situation is pretty complicated, but I'll give you the 5th grade version. In order to have cap space to pursue a center with $12-15 million, the Jazz would have to cut ties with Andrei. They would lose his bird rights. But if AK really wanted to help the Jazz, he could sign for the veteran minimum. The other option would be to sign AK to the lowest contract he is willing to take, let's say 4 years, $20 million, but then the Jazz would go from $12-15 million in cap space to $8-11, if that makes sense. They would probably have to settle for a lower tier center in that case, but retain Andrei's services.

I dont' know about you, but I think either of those teams beats the team we would be forced to have in a parallel universe where the Jazz signed Boozer for 5 years, $75 million.

This is how the Jazz might take a step backward this year, but a leap forward after that.