I tweeted this several days back but forgot to mention it here but there will be a Fan Fest for next Monday's jersey unveiling at the ESA on the southeast plaza (where the statues are).

CJ Miles, Al Jefferson, Ronnie Price, and Paul Millsap will be walking the runway.  The Golden Griff will also be in attendance for signing autographs.  Starts at 7.  I'm going to try to be there.  I'll be tweeting if I am.

I figured after looking back at ESPN's predictions compared to the actual standings, I should look at my own.  Last season I had the Jazz going 52-30, so I was just one off there.  Most places had them with 46 or 47 wins.

For the 2009 season I had put them at 56 wins, a two-game improvement over 2008's 54 wins.  Of course that was right before Deron went down.  The Jazz ended up winning only 48 games that season due in part to all of the injuries.  Would they have won 56 games?  Hard to tell but I'm confident that having everyone there would have resulted in at least 4-6 more wins.

So what does it all mean?  Not much.  Trying to predict records for the coming season relies on a lot of unknowns.  My prediction for next season?  I haven't got that far yet. 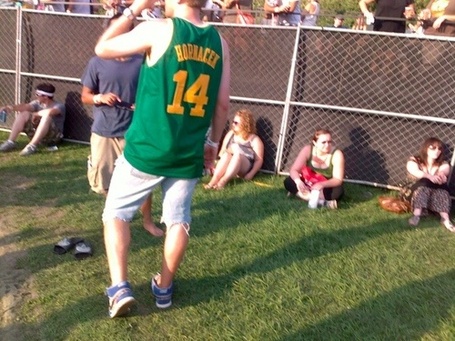 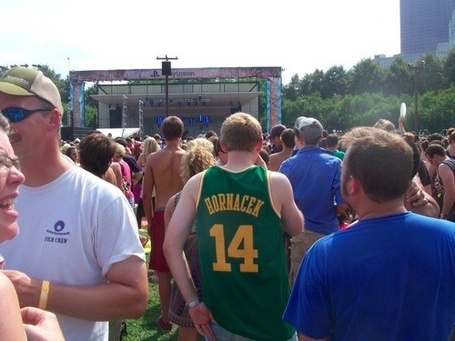 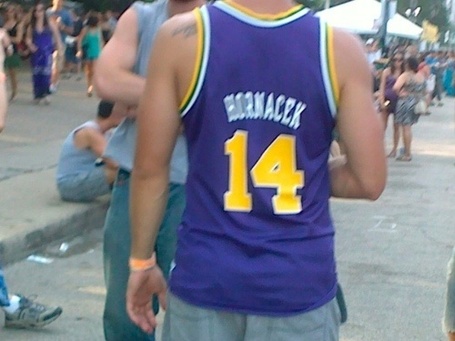 Some great behind-the-scenes stories about Karl Malone from a former ball boy at Salt City Hoops,

Karl had called in a food order-for everybody. "Do you have a driver's license?" he asked me. "Yessir." (It was not the time to admit that my only accident had come in the heart of downtown during the past NBA season on the day I skipped school to sneak into the Delta Center and watch Michael Jordan and the Bulls practice. Jazz fan Karma, no doubt.) He pitched me his wallet and the keys to his monster truck (with a two foot lift), and told me to be back in 25 minutes.

Open-ended poll.  We'll go back to another P_Dizzle poll: What animal would you like to hunt with Karl Malone?  And no, little mexican girls is not an option.