Matt Moore is known as a Jazz hater by most Jazz fans. I even wrote this in response to one of his posts. But in this case he makes a point for the Jazz,

The case for the Jazz
Matt Moore (Hardwood Paroxysm)
What, everyone's on the wagon except when they get a younger, more explosive big to work with Deron Williams and a veteran defensive shooter that should meld perfectly with Jerry Sloan's approach? Carlos Boozer's numbers are better, slightly. Of course, when you realize he's been working with Deron Williams while Jefferson's been playing catch with a cavalcade of point guards straight out of Jersey Shore's rejected auditions, and the fact that Jefferson is three years younger, well, things are coming up Jazz on this one. Throw in the fact that Andrei Kirilenko showed signs of recovery last season. Even if he's not a difference maker, his expiring contract may be at the deadline. People have been overly bullish on the Jazz the last few years. This season may finally be the right time to make a run on Jazz stock.

Moore is one of the better NBA writers out there and not just because he wrote favorably of the Jazz this time. At the least he brings plenty of discussion to the table.

Salt Lake Trib hires Brian Smith (The Columbian) to cover the Jazz. Congrats to both parties. Not surprised one bit he got that job.

Very big shoes to fill of course. Brian Smith covered the Blazers and now he'll be bringing his talents to the ESA. I'm looking forward to picking his brain about the Blazers. You can welcome him on twitter @blazerbanter. 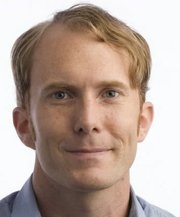 This is the closest I've seen NBA players playing church ball. Team USA had their Blue/White scrimmage which ended up being tied. So they decided the best course of action to end a meaningless exhibition game was to do a sudden death format. That's right, first one to score wins.

There was no structure to that sudden death period. Everyone was just frantic, especially on D. While it won't be implemented anytime soon in the NBA, I'm all in favor of using it in any other scenario.

I'll have a post up later today with a bunch of HOF/Karl Malone stuff. In the meantime, please read this very important message from The Oatmeal (has some swears occasionally, not this one), i.e, a very good web comic.