While other teams change GMs and coaches more often than I change my socks, the Jazz continue to be the one constant in the league.

When a lot of other teams are dumping good GMs for who knows what reasons, the Jazz have signed Kevin O'Connor to an extension.  It's certainly well-deserved after this latest flurry of off-season activity.  KOC has certainly not been perfect but the good choices have overwhelmingly outweighed the bad.

The second part of that release was the Sloan will be back for the upcoming season.  I'm not sure why this was announced.  He signed an extension last season which I guess doesn't guarantee that he would decide to coach this year but until the sun stops coming up in the east, I'm just going to keep assuming that Sloan will be coaching the Jazz. 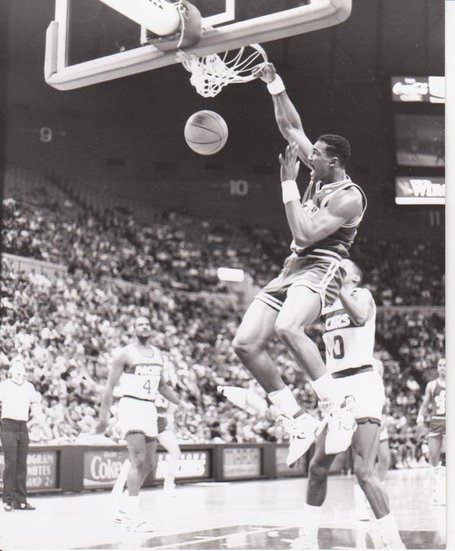 Make sure you're reading moni's Stockton to Malone week as she counts down to Karl's HOF induction.

The Jazz fell a couple of spots in Hollinger & Ford's future power rankings (Insider. A cheap way to get insider is to search online for a cheap subscription to ESPN mag, then you get free insider. I found one for $10 a year so I bought 3 years).  The biggest reason was that the Jazz no longer have the Knicks pick.  Here's how teams are scored,

HOW FUTURE POWER RATING IS DETERMINED

PLAYERS (0 to 400 points): Current players and their potential for the future, factoring in expected departures

Despite moving up in the other four categories, they still fell from 6th to 8th overall.  Here's how they were scored,

I thought they would have been higher in the Money category given that they have shown they're willing to spend and even go over the luxury tax.

The teams above the Jazz in order are the Heat, Lakers, Thunder, Bulls, Rockets, Blazers, and Magic.  They're putting a lot on health assumptions with the Blazers and Rockets.

Overall, it's probably about right.  Fandom aside, would you trade the Jazz for any one of those teams above them?

Another great poll question from P_Dizzle, if you could punch one player in the face without repercussions, who would it be and why?  We'll stick with just players and you can go with retired ones if you want.