What I'm looking forward to most about this season is to see if the team can get out of the playoff rut/funk that it has been in with the new cast of characters. What's been most disappointing about the past few seasons is that we've known for the most part that the Jazz were going to be a 4/5 seed and get to the second round. I know, it's terrible to have consistency and multiple 50+ win seasons. But if the ultimate prize is a championship, then there's always going to be a letdown to end the season, regardless of how well the team played that year.

We've had the core of AK, Deron, Memo, and Boozer for the past 6 seasons in which they made one run to the WCF and the rest has been disappointing. There have been some good series wins against the Rockets and Nuggets but ultimately the Jazz have cleaned out their lockers earlier than liked.

So it will be now, maybe even more so as we bring on new talent. I'm hoping that it's not a 6-year absence from playing in at least the WCF, but these things take a bit of time to develop. Let's just hope that we can keep this new core going and give it another run.

Sorry for the poor pic, but I saw this last night and thought we could take care of two websites at once, StraightCashHomey.net & PeopleOfWalMart.com. That's a Boozer jersey if you couldn't tell. 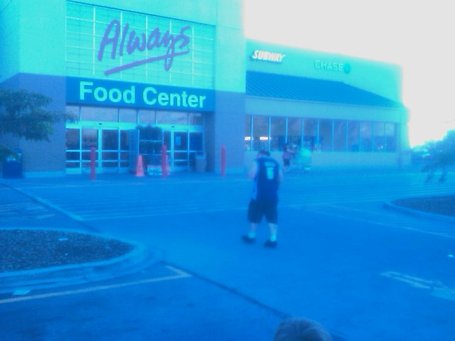 Great interview from Chick Hearn with the Mailman,

Looks like Harp has a brother from down under New Zealand (don't want to offend my Australia/Taz readership), 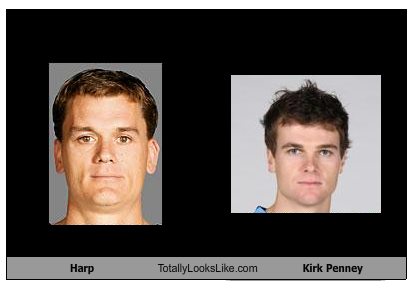