Share All sharing options for: Enes Kanter Is Just Happy To Be Here - The Downbeat - #605

The last day of the pre-season was to be tonight against the Golden State Warriors. With the pre-season wiped out, the first two weeks of the regular season cancelled, and no labor deal in sight, the league is expected to cancel the rest of the November games today. From the New York Daily News,

The NBA will be cancelling at least two more weeks of its season, according to a person familiar with the league's plans.

The source told the Daily News that the announcement will be made by the league on Tuesday.

Alan Hahn, beat writer for the Knicks, points out that the league still cram an 82-game season in if they started in December. So they're cancelling "time" as he puts it and not games. Even if they were to come to an agreement today, it's going to take time to reschedule everything. I don't know how they would move games around like that for arenas that are already on tight schedules. What a ripple effect that would have.

So while we could still get 82 games at a breakneck pace, it's more likely that we get a truncated season between 50 and 70 games. With today's cancellation, the Jazz will have missed 15 games including some key matchups against the Thunder, Blazers, and Grizzlies. We would also miss Boozer's second return to Salt Lake.

Still, most will say it will take four weeks from a handshake deal to the start of the regular season. That means in order to be playing by December, there would have to be a deal within one week of today. They don't have any meetings scheduled so that's going to be tough to do. And if the owners want to make the players pay a bit by missing a paycheck, that won't happen until mid-November.

Enes Kanter saw his first game action since Eurobasket when he played last night in Kentucky's Big Blue All-stars vs. Villains charity game. As with any game like this, you can't put too much stock in what he did well or what he didn't do well. He admitted in the post-game interviews below that he was extremely nervous given that this was his first game playing in Rupp Arena. He finished with 14 & 10 on the night in the exhibition. It would have been 16 if not for Kenneth Frickin' Faried

Kanter said after the game that he couldn't jump on that play and that he's not in game shape after taking a couple month off. He's heading to LA to resume workouts. I hope he heads north to Santa Barbara with Al to get ready. Sloan may not be coach anymore but I'm sure Corbin won't be pleased either that he's not keeping himself in shape.

In yesterday's DB, we went over BTS's article on the finances for the Jazz. Here's another article from Business Week that lists the smartest spenders in sports. At #14 on the list are the Utah Jazz. Business Week explains their methodology,

A general manager's job is to turn payroll dollars into wins. We've run the numbers on the last five NHL, MLB, NBA, and NFL seasons to see who's done it best-by winning often, spending little, or (sometimes) both.

Our method: By culling player payroll data from reported sources and pairing them with wins and losses over the last five completed seasons, we calculated an average cost per win in each league. Based on that number, we measured (by standard deviation) how far each team varied above or below the league norm. The result is a cross-sport rating of how every U.S. franchise compares to its peers in squeezing wins from money. We call it the Efficiency Index.

Relatively simple. Which teams have spent their money the best for the past five seasons? In the NBA, only the Spurs have been better with their spending.

Going forward, wins are going to be hard to come by for the Jazz for the foreseeable future. After this season, their payroll drops significantly. Five years from now the Jazz may not rank high on this list. They didn't get their money's worth last season, but they've done well with the five-year running average.

This Jazz artwork is amazing. I haven't bought a poster in a looooong time, but I would probably have to buy this Millsap one. (h/t Yardbarker) 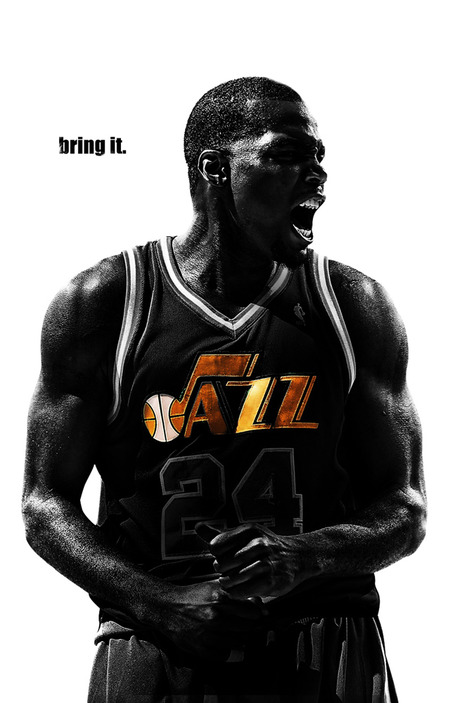 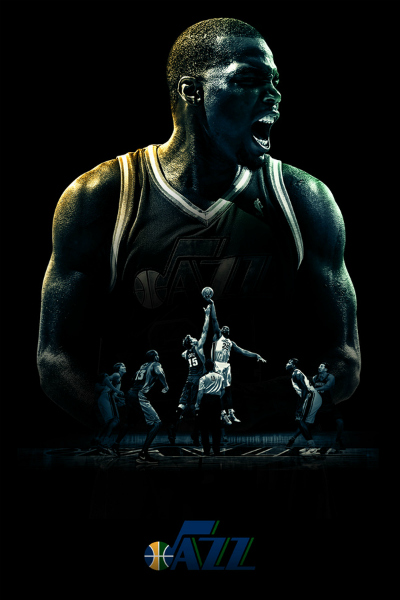